The Detroit manufacturer, a competitor of Elon Musk’s Tesla electric car company, said it is delaying marketing as it assesses Twitter’s new course. GM added that while it would still utilise the platform to communicate with customers, it would forego paying for advertisements.

In a statement sent through email, the business stated “We are engaging with Twitter to understand the direction of the platform under their new ownership. As is the normal course of business with a significant change in a media platform, we have temporarily paused our paid advertising. Our customer care interactions on Twitter will continue.”

The Detroit-based corporation was one of the first to declare billions of dollars in investment under CEO Mary Barra in order to more effectively compete with Tesla in the battery electric vehicle market.

A representative for Ford Motor, a competitor of Tesla, told that the car company does not now advertise on Twitter and did not do so before Elon Musk’s take-private agreement. ” We will continue to evaluate the platform’s direction under the new ownership”, they continued.

The representative was unable to say when Ford or one of its partners may have last paid for advertisements, including promotional tweets, on the site when shown a screenshot of a promotional tweet from Ford CEO Jim Farley.

Ford is still interacting with its clients on Twitter.

In the wake of Musk’s $44 billion acquisition of Twitter, other automakers, including Rivian, Stellantis, and Alphabet-owned Waymo, did not promptly reply to queries for comment on whether they intended to halt promoting on the social media site or stop using it altogether.

Nikola, a manufacturer of electric trucks, stated that it has no plans to alter the system in any way.

The takeover story’s main focus has been Twitter’s future development. According to Musk, who calls himself a “free speech absolutist,” he will reinstate the account of former President Donald Trump, who was blocked due to tweets he made on January 6, 2021, during the Capitol uprising.

Musk announced on Friday that he is forming a “content moderation committee” and that he won’t reestablish any accounts or decide on any significant content matters before it meets. In a note to advertisers this week, Musk added that he could not allow Twitter to devolve into a “free-for-all hellscape.”

CEO of EV startup Fisker, Henrik Fisker  When the board of Twitter approved Musk’s offer to purchase the firm and take it private, Inc., cancelled his Twitter account earlier this year. Every major automaker still uses Twitter for marketing and customer engagement, including Fisker Inc.

Musk has often bragged that Tesla does not invest in conventional advertising, an expense that has accumulated over time for the brands of traditional automakers.

Instead, Tesla pays those who manage Tesla owners’ clubs or are members of them, as well as other social media influencers who advertise Musk, the firm, and its goods on social media sites like Twitter, YouTube, and fan blogs.

They frequently receive immediate access to Tesla items, such as the company’s Full Self-Driving Beta software, and admittance to exclusive business events.

Tesla considered a shareholder suggestion in September 2020 to start strategic, paid ads to inform the public about its vehicles and charging infrastructure. Shareholders voted in opposition to the Tesla board’s recommendation to begin funding conventional advertising campaigns.

Tesla noted in their annual report for 2021: “Historically, we have been able to generate significant media coverage of our company and our products, and we believe we will continue to do so. Such media coverage and word of mouth are the current primary drivers of our sales leads and have helped us achieve sales without traditional advertising and at relatively low marketing costs.”

For the years ending December 31, 2021, 2020, and 2019, it is stated in financial statements with the Securities and Exchange Commission. that marketing, promotional, and marketing expenses were “immaterial.” 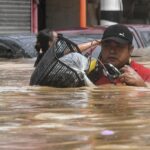 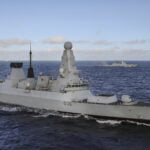