The Bank of England for an outline of the events leading up to the intervention, why the move was judged necessary, and whether there will be any implications on monetary policy. Image Credits: Press Association

The central bank issued a warning on Tuesday that the strong sell-off in government bonds, which has driven up borrowing costs throughout the economy and forced some retirement funds to liquidate assets to generate funds, continues to pose a “material risk to UK economic stability.”

The most recent source of danger, according to the report, was a decline in index-linked gilts, UK government bonds that guarantee to protect investors from inflation.

It issued a statement stating that “dysfunction in this market and the likelihood of self-reinforcing ‘fire sale’ dynamics pose a danger to UK financial stability.”

The government sells bonds to investors to raise the funds necessary for expenditures. But after the mini-budget in September, nervous investors started asking for higher interest rates on those bonds, and the cost of borrowing money from the government shot up. The Bank of England had to intervene as the value of the pound likewise touched a historic low.

Ever since the administration has changed course in response to pressure from its lawmakers and has abandoned a pledge to eliminate the top rate of income tax.

Therese Coffey, the deputy prime minister, stated that she was “very sure” that pensions were secure and emphasized that the Bank operated independently of the government to stabilize the markets.
For the first time since being appointed, the chancellor will answer questions from lawmakers this afternoon in the Parliament.

Index-linked gilts will now be a part of the Bank of England’s emergency £65 billion bond-buying program, which was announced on September 28. The statement continued, “These additional activities will serve as an additional backstop to restore orderly market conditions. The initiative, according to the bank, will finish on Friday as scheduled.

It doubled the daily cap on its bond purchases on Monday, increasing it to £10 billion by the end of the week. It also revealed a new facility that will take a larger variety of assets as collateral, making it simpler for banks to access central bank funds. Following the end of the emergency bond-buying program, that system will continue. 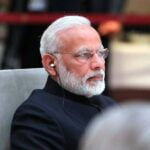