According to data from trade associations, passenger traffic increased 57 percent in September compared to 2021, signalling that the global aviation industry is still recovering from the pandemic.

According to data released on Monday by the International Air Transport Association (IATA), passenger traffic in September increased to 74 % of pre-pandemic levels as travellers hurried to resume their journeys after COVID-19 travel restrictions were lifted.

The highest increase in travel was by far seen in the Asia Pacific, where border restrictions were gradually lifted later than in other regions. Passenger traffic increased by 465 % from the previous year in this region.

Recently, border controls were removed from Japan, Hong Kong, and Taiwan in an attempt to restore their pandemic-damaged tourism sectors. The region’s largest economy by a significant margin, China, continues to impose stringent travel restrictions on its nationals and imposes a 10-day quarantine on all new arrivals as part of its strict “dynamic zero COVID” policy.

The next-highest increase in passenger volume was seen by Middle Eastern airlines, which had a 150 % increase. North American and Latin American airlines then experienced 129 % and 99 % increases in volume, respectively.

Traffic on African airlines increased by 91%, compared to a 78 % increase on European carriers.

In contrast, despite remaining only marginally below pre-pandemic levels, worldwide air freight demand decreased by 11% from September 2021 to September 2022 due to concerns about a potential recession and sluggish economic development.

“The outlier is still China with its pursuit of a zero-COVID strategy keeping borders largely closed and creating a demand roller coaster ride for its domestic market, with September being down 46.4 % on the previous year,” Walsh added.

“That is in sharp contrast to the rest of Asia Pacific, which, despite China’s dismal performance, posted a 464.8 % increase for international traffic compared to the year-ago period.” 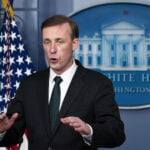 Russia-Ukraine War: US verifies its talks with Moscow
Next Article 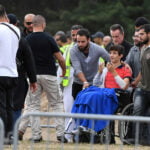