President Joe Biden has issued a warning that democracy itself is in danger due to misinformation and aggression as the key midterm elections in the United States approach their final days of voting.

Following weeks of reassuring remarks about the US economy and cost of living, Vice President Joe Biden on Wednesday delivered a darker, more urgent message, warning that the US political system was in danger due to the lies that former President Donald Trump told about the results of the election and the violence they had sparked.

In a speech delivered as Americans went to the polls to determine which party will rule the US Senate and House of Representatives, Vice President Joe Biden declared, “Make no mistake, democracy is on the ballot for all of us.” A third of the Senate seats and all 435 of the House positions are up for re-election.

The majority of polls indicate that Republicans will likely take control of the House, with the Senate being too close to call. The Senate is now evenly divided, while the Democrats currently hold a narrow advantage in the House. Already, more than 27 million individuals have used their right to vote.

Addressing the Democratic National Committee at Union Station in Washington, DC, Biden criticised Republican candidates who have threatened to reject the results of the November 8 election if they lose for endangering democracy.

“This driving force is trying to succeed where they failed in 2020 to suppress the rights of voters and subvert the electoral system itself,” the President added. “That is the path to chaos in America. It’s unprecedented. It’s unlawful. And it is un-American.”

Trump refused to accept the results of the 2020 election, and on January 6, 2018, just before Congress was supposed to certify the results, Trump’s supporters attacked the US Capitol.

Biden said Trump’s phoney assertions about a stolen election had “fuelled the deadly increase of political violence and voter intimidation over the past two years,” referring in specifically to last week’s hammer attack on House Speaker Nancy Pelosi’s husband.

Result of increasing intimidation and harassment in the weeks leading up to November 8, election workers across the nation have debated returning to their jobs. For intimidating employees, while early voting was underway, at least five people have been charged with federal offences.

Concern over voter intimidation has also been aroused by reports of persons in Arizona observing ballot boxes while carrying weapons or donning ballistic vests. Election officials across the country are preparing for clashes at the polls, which could be instigated by a large number of conspiracy theorists who have signed up to act as partisan vote watchers.

“There’s an alarming rise in the number of people in this country condoning political violence or simply remaining silent,” Biden stated. “In our bones, we know democracy is at risk, but we also know this: It’s in our power to preserve our democracy.”

As he came to a close with his 20-minute speech, Biden adopted a more upbeat tone.

“My fellow Americans, we’ll meet this moment. We just have to remember who we are. We are the United States of America. There is nothing beyond our capacity if we do it together,” he added.

Although voter fraud is incredibly uncommon in the US, surveys indicate that a sizable proportion of individuals are worried about it. 49 % of Americans, including 34 % of Democrats and 69 percent of Republicans, believe that voter fraud is a prevalent issue, according to a Reuters/Ipsos poll that was released on Monday.

44 percent, including 28 percent of Democrats and % of Republicans, voiced alarm that the US election had been rigged.

Despite this, 67 % of respondents—including sizable majorities of Democrats and Republicans—said they were confident in the accuracy of the count of their ballots. 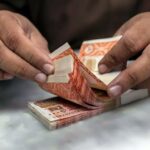 Rupee breaks its winning run of two days
Next Article 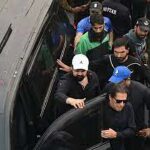