Ghulam Mahmood Dogar, the officer at the centre of the feud between the federal and Punjab governments, challenged his suspension as the Lahore Capital City Police Officer (CCPO) in the Lahore High Court on Monday (LHC).

Dogar filed a petition in the Supreme Court, stating that he was singled out by the Centre for questioning two federal ministers in terrorist cases in Lahore’s Green Town. He said that he was never notified of the notice sent out for his suspension as the Lahore CCPO.

He added that the only person who has the authority to dismiss a CCPO is the chief minister of Punjab and that the provincial government had urged him to stay in that post.

He claimed that the federal government had violated Punjab’s autonomy by issuing his transfer order.

He asked the court to issue a stay order until a final decision is made on his plea, saying, “The notification for suspension and transfer of federal government should be declared illegal and cancelled.”

Respondents in the case include the federal government, the secretary of the Establishment Division, and the Punjab government.

The centre had ordered CCPO Lahore to report to the establishment division within three days in a letter on October 28. Punjab, however, refused to offer services to the federal government.

According to the letter, Pervaiz Elahi, the chief minister of the province, wanted to keep Dogar there to ensure security during the PTI’s ongoing long march, the arrival of Sikh pilgrims from India via the Wagah Border to celebrate Saka Panja Sahib’s 100th anniversary, and the gathering of the Tablighi Jamaat.

After the provincial government refused, the federal government again suspended the officer on November 5 for reportedly failing to secure the Governor House of Punjab.

The government’s establishment division sent out a notification suspending the 21-grade police officer. 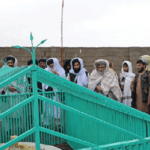 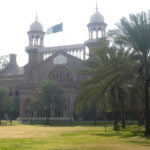