Asif Ali Zardari, the former president, called out PTI chairman man Imran Khan making allegations that he is crossing all lines to spread chaos. And his attack on institutions will not be tolerated.

Zardari said in his statement that Khan is not concerned about state institutions and national stability, suggesting that he wants to rule the country.

He added, “We can never put sacrifice and martyrdoms of the Pakistan army behind us and thwart the obvious conspiracy of the enemy.”

“Since 1947 till now, we and the Pakistan army foiled the nefarious intentions of the enemy and kept doing it forever,” he vowed.

He expressed his concern that this time enemy had conducted an attack internally.

Zardari suggested that the country’s stability depends on the stability of state institutions, and any attack on them will be bounced back. 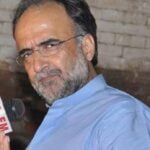 Kaira emphasises the importance of unconditional talks with PTI
Next Article 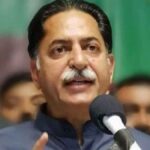