According to official media, North Korean leader Kim Jong Un has stated that obtaining the most potent nuclear arsenal is his end objective.

According to the Korean Central News Agency (KCNA), Kim made the declaration on Saturday as he elevated numerous military officials who had recently participated in the launch of Hwasong-17, North Korea’s heaviest ballistic missile.

In his command, Kim stated that his country’s “ultimate goal is to possess the world’s most powerful strategic force, the absolute force unique in this century,” and that North Korea was developing a nuclear force to safeguard the sovereignty and dignity of the state and its citizens.

He claimed that the Hwasong-17 intercontinental ballistic missile (ICBM) was the “world’s strongest strategic weapon” and that it showed North Korea’s resolve and capacity to ultimately create the finest army in the world.

Members of the UN Security Council have denounced the November 18 ICBM launch, calling it “a major escalation” and an “unequivocal threat to international peace and security.” This year, North Korea has conducted a barrage of tests, including dozens of short- and medium-range ballistic missile launches in addition to cruise missile launches.

He didn’t go into more detail.

If North Korea is to succeed in acquiring a nuclear bomb capable of striking its major adversary, the US, it must have that capability.

Despite possessing nuclear weapons and missiles that can reach the US, according to observers from outside the country, Pyongyang’s experts may not be able to miniaturise the atomic weapons to fit inside the limited space in the rockets’ noses.

On SaturdaOn Saturday, Kim stated that he anticipated the scientists, engineers, military personnel, and other participants in the Hwasong-17 test to continue to develop and expand the nation’s nuclear deterrence at an incredibly fast rate.On Saturda

Following that, the North Korean Kim and his daughter posed for several photos beside those employees and the Hwasong-17.

According to a second story from KCNA, the Hwasong-17 missile was named a “DPRK Hero” and given the Gold Star Medal and Order of the National Flag 1st Class by North Korea’s venerable Standing Committee of the Supreme People’s Assembly. The acronym DPRK stands for the Democratic People’s Republic of Korea, which is also known as North Korea.

The missile, according to the Korean Central News Agency (KCNA), “clearly proved to the world that the DPRK is a full-fledged nuclear power capable of standing against the nuclear supremacy of the US imperialists and fully demonstrated its might as the most powerful ICBM state.”

It claimed that the test firing showed North Korea would respond similarly to “the enemy’s nuke and full-frontal confrontation.” 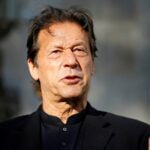 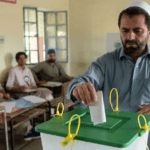