On Tuesday, Iran said that its Fordo plant, an underground facility that was reopened three years ago amid the breakdown of its nuclear agreement with major powers, had started producing uranium enriched to 60%.

The action was a part of Iran’s response to the UN nuclear watchdog adopting last week a censure motion that Western countries had written accusing Iran of non-cooperation.

According to the Iranian ISNA news agency and Atomic Energy Agency of Iran’s chief Mohammad Eslami, “Iran has started producing uranium enriched to 60% at the Fordo plant for the first time.”

Uranium must be enriched to 90% to make an atomic bomb, therefore 60% is significant progress toward weapons-grade enrichment.

Iran has consistently maintained that it exclusively uses nuclear technology for peaceful purposes and has no ambition to develop an atomic bomb.

In a historic agreement made in 2015, Iran agreed to shut down the Fordo plant and limit its uranium enrichment to 3.67 per cent, which is sufficient for the majority of civilian uses. These measures were part of a package of restrictions on Iran’s nuclear activities meant to stop it from secretly developing nuclear weapons.

Major powers agreed to relax the sanctions they had put in place because of Iran’s nuclear programme in return. But in 2018, when Donald Trump was still the president of the United States, Washington pulled out and re-instituted crippling economic sanctions, and the agreement started to fall apart.

The following year, Iran started to back out of its agreement-related commitments. It restarted uranium enrichment at the Fordo plant and reopened it. Iran declared in January 2021 that it was attempting to enrich uranium at Fordo to 20%. Another Iranian enrichment facility hit 60% a few months later.

On-off talks have been going on since April of last year, and President Joe Biden has stated that he wants Washington to return to a revived agreement.

To protect it from air or missile strikes by Iran’s enemies, the Fordo plant, located about 180 km (110 miles) south of Tehran, was built deep underground.

Arch-enemy  Israel has never ruled out taking military action if it is necessary to stop Iran from obtaining the ability to produce nuclear weapons.

Israel has repeatedly refused to admit or deny that it is nuclear-armed, even though it is largely believed to hold the only undeclared nuclear arsenal in the region.

The International Atomic Energy Agency oversaw the implementation of the 2015 deal, but ties between Iran and the UN watchdog have worsened significantly recently. On Thursday, the IAEA board of governors passed a resolution criticizing Iran’s lack of cooperation.

A major issue that led the IAEA to adopt an earlier censure motion in June has Iran under pressure from the UN watchdog to explain the discovery of nuclear material at three sites it had not reported.

The IAEA stated earlier this month that as of October 22, Iran’s stockpile of enriched uranium stood at 3,673.7 kilogrammes, down 267.2 kilogrammes from the last quarterly report.

The IAEA says that Iran’s restrictions have made it difficult for its inspectors to keep track of Iran’s increased nuclear activities. 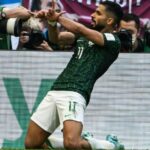 One of the biggest upsets in FIFA World Cup, a huge win for Saudi Arabia
Next Article 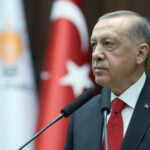