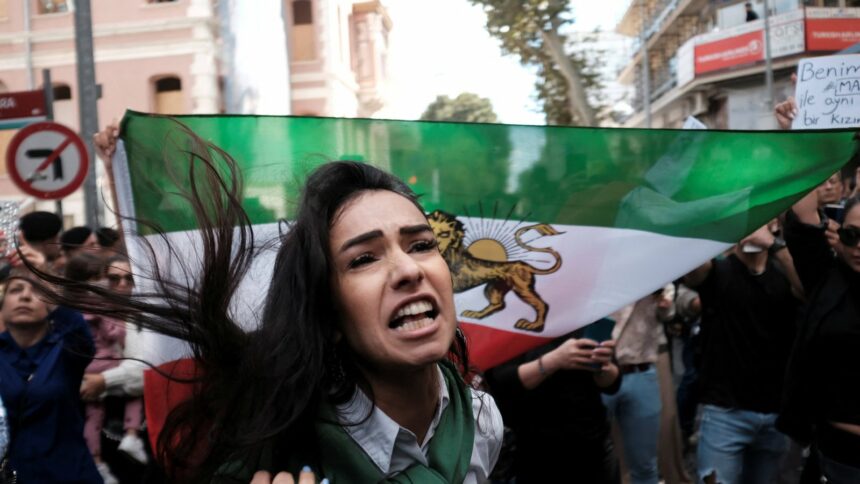 Iran has executed a man in front of the public after he was charged with killing two security personnel. This is the country’s second execution of a protester.

Contents
Root cause of protestsFirst Execution

A court in Mashhad, Iran, had condemned Rahnavard, a 23-year-old wrestler, to death for being accused of killing two Basij volunteer soldiers and injuring four others. The Revolutionary Guards-affiliated Basij force has been at the forefront of the government’s crackdown on protestors.

It released many photos of the public execution, which showed a guy being hanged by the neck from a crane with his wrists bound. A large group of people was seen observing from behind barriers as masked security personnel surrounded the location.

The execution of Rahnavard on Monday, which took place less than a month after his detention, was intended to demonstrate, like the case of Shekari, how quickly the Iranian judiciary is handling cases involving the protests.

On November 17, two Basij members were allegedly the targets of an act of “terrorism” committed by Rahnavard, according to the judiciary. Two days later, he allegedly faced arrest for “waging war against God.”

“Rahnavard was sentenced to death based on coerced confessions, after a grossly unfair process and a show trial. This crime must be met with serious consequences for the Islamic Republic,” Iranian Human Rights director Mahmood Amiry-Moghaddam tweeted.

“Thousands of detained protesters, and a dozen death sentences already issued. There is a serious risk of mass-execution of protesters,” he further stated.

Root cause of protests

Mahsa Amini, a 22-year-old woman arrested by morality police on September 13 for reportedly wearing her hijab, or headscarf, “improperly,” died while in detention, which served as the impetus for the women-led demonstrations against Iran’s religious establishment.

They are regarded as the Islamic Republic’s most significant threat since the 1979 revolution and have spread to 161 cities across all 31 provinces.

The protests were described by Iran’s authorities as “riots” started by the nation’s adversaries outside. The vast majority of demonstrators, meanwhile, have been nonviolent and unarmed.

According to the Human Rights Activists News Agency, security forces have so far murdered at least 488 protestors and imprisoned 18,259 others and 62 security personnel deaths have also been recorded.

Rahnavard was hanged less than a month after his detention, and like the case of Shekari, Monday’s execution was intended to demonstrate how quickly the Iranian judiciary is handling cases involving the protests. After it was discovered that Mohsen Shekari, 23, had stabbed a Basij member in Tehran’s capital with a machete, he was found guilty of “enmity against God.” Iranian authorities frequently use the Basij, a volunteer loyalist force, to deploy against opposition. Pakistan denounces the Chaman attack, calls for punishment of the perpetrators
Next Article