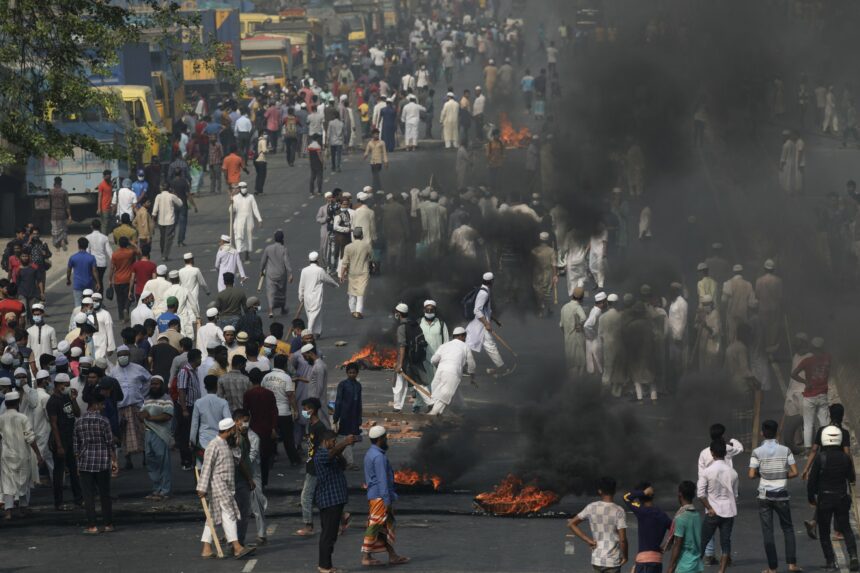 The audience at the Golapbagh sports area, where the event was taking place, erupted into the streets, chanting, “Sheikh Hasina is a vote thief.”

An additional 2,000 activists and followers, according to the party, have been jailed since November 30 in an effort to thwart the march. Two of the party’s top leaders were imprisoned on Friday on suspicion of instigating the violence.

The political environment in Bangladesh, one of Asia’s economies with the quickest growth rates, has drawn the attention of Western nations and the United Nations.

By mid-morning on Saturday, according to a BNP spokesman, 200,000 people had registered to attend the rally. Faruq Ahmed, a spokesman for the Dhaka Metropolitan Police, refuted the assertion and stated that the location could accommodate no more than 30,000 people.

BNP spokesman Zahiruddin Swapan stated: “Our fundamental demand is Sheikh Hasina resign and parliament is dissolved. Let a neutral caretaker government step in to run a free and fair election.”

BNP representatives claimed that the government had instigated an unofficial transit strike in an effort to deter people from attending the demonstration.

Although the demonstrations have been nonviolent, SWAT troops, counterterrorism teams, and canine squads have been waiting, according to Ahmed. Additionally, police have strengthened security in the city and set up checkpoints on the main thoroughfares.

The violence this week, according to Yamini Mishra of Amnesty International, sent a frightening message to those who dared to exercise their human rights that doing so would result in serious repercussions.

Amid COVID concerns, China addresses issues with medical supplies and overpricing
Next Article