Singapore is getting its first “supertall” skyscraper, a word for structures that are taller than 300 meters (984 ft).
In 2028, the new tower, 8 Shenton Way, which will include offices, a hotel, and 34 stories of opulent residences, will soar above the city-state in Southeast Asia.
The 1.6 million square foot skyscraper was created by Skidmore, Owings & Merrill (SOM), the American architects of Dubai’s Burj Khalifa, the highest structure in the world.

Plans being revealed The company claimed its design was “inspired by bamboo forests” on Thursday. A succession of flowing square shapes with rooftop terraces is depicted in digital renderings. Over 107,000 square feet of raised green space will be part of the project, with plants selected with bird and butterfly attractions in mind. The public will have access to more than half of the site’s planted areas.

At a news briefing on Thursday, SOM design principal Nic Medrano said, “We aim to build places that are comfortable, where people want to be, and are healthy.” He said that all inhabitants will be accessible to “access nature” within “three or four levels.”
8 Shenton Way will reportedly be one of Asia’s “most sustainable” skyscrapers, according to the company. Once operational, the 305-meter (1,001-foot) tower will use 55% less energy than necessary to receive the highest sustainability grade from the local government, according to the designers.

Mustafa Abadan, a partner in SOM design, claimed that a variety of strategies, along with a frontage constructed of terracotta, fortified bamboo, and heat-efficient glass, will result in energy savings. Furthermore, the tower’s outside will have horizontal and vertical fins that will reflect sunlight, keeping the building cooler in Singapore’s hot environment.

The city’s district cooling system, an underground system of pipelines that directs cooled water into air-conditioning systems in residences to lower electricity usage, will also be linked to the tower.

“Those are the kind of things that aggregate into the most sustainable building of this scale in Singapore,” Abadan stated during a media briefing.

The spherical AXA Tower, which debuted in 1986, will be demolished to make way for the tower. The new structure will partially utilise the original base, which would “save material… and lower the carbon footprint of the building from the get-go,” according to Medrano, who has already started the removal process.

Singapore has one of the densest populations in the world, although its skyline is comparatively low-rise when compared to places like Hong Kong, Shanghai, and Shenzhen. The nation, which is less than half the size of London, has multiple military air bases, two civilian airports, and a building height restriction of 280 metres (919 feet) in downtown areas.

If there are or have ever been height limitations in the city, Singapore’s Urban Redevelopment Authority (URA) has denied sayings.  Despite a spokeswoman telling that “allowable building heights are subject to technical requirements as well as an evaluation based on respective design and site context,” the urban planning board did not go into detail about why 8 Shenton Way was allowed at its planned scale.

Guoco Tower, a nearby structure that was finished in 2018, is the only other structure over 280 meters as of yet. The tower, which was also created by SOM, is 290 meters (951 feet) tall and houses a luxury apartment that British billionaire entrepreneur James Dyson famously bought for 73.8 million Singapore dollars (at the time, $54.2 million) in 2019.

SOM also created the CTF Finance Centre in Tianjin, China, and the One World Trade Center in New York, two of the ten tallest structures in the world in addition to the Burj Khalifa. In cooperation with the nearby Singaporean firm DCA Architects, it created the design for 8 Shenton Way. 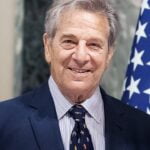 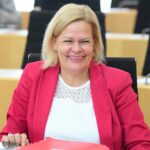