The use of coffee twice a day can be beneficial to overall health, but it must be decaffeinated, according to research conducted by the European Journal of Preventive Cardiology.

The study showed that varieties of coffee, namely ground, instant and decaffeinated coffee have positive effects on proper body functioning. The results showed that the proper mentioned use of coffee is associated with reduction in cardiovascular diseases which results in lesser deaths due to heart problems.

Heart failures can occur from congestive ailments and coronary blockages and to prevent these conditions, coffee types of varying specialties can be introduced in the daily diet. This method is preventive, as the blood circulation in the heart is regularized which leads to a much healthier body.

Of the 449,563 participants, collective data was analyzed by breaking them into smaller groups of six individuals each. They were then divided into coffee drinkers and non-coffee drinkers and a linkage between them was established which included equal age, weight, sex, obesity, ethnicity, blood pressure, diabetes, smoking status, and alcohol consumption.

Caffeine is the most well-known constituent in coffee, but the beverage contains more than 100 biologically active components. It is likely that the non-caffeinated compounds were responsible for the positive relationships observed between coffee drinking, cardiovascular disease and survival. Our findings indicate that drinking modest amounts of coffee of all types should not be discouraged but can be enjoyed as a heart healthy behaviour.

The benefits of decaffeinated coffee can be inferred from the fact that coffee contains natural compounds which can replenish the body with much-required nutrients. Apart from the caffeine part, coffee can be beneficial if used regularly, as the study suggests at least twice a day. 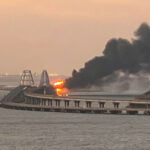