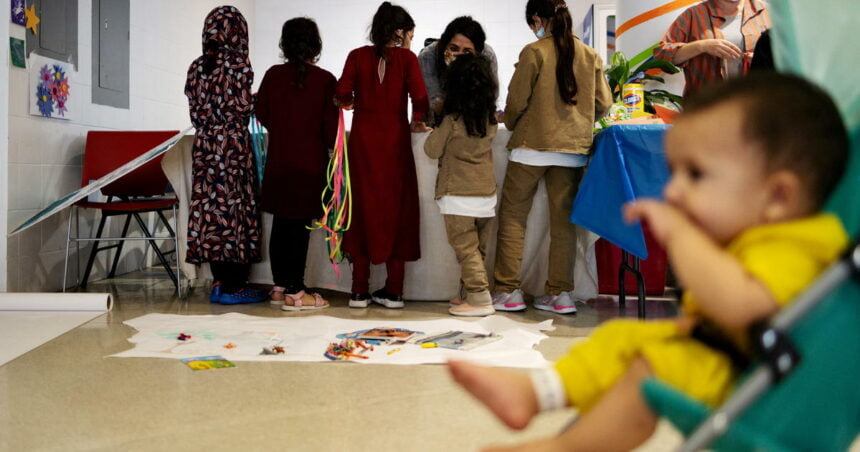 As the first anniversary of the Taliban’s takeover of Afghanistan approaches, around 100 Afghan children remain in US government custody without their parents, most of whom are kept in shelters or other congregate care settings.

This figure reflects both serious problems that afflict the system that cares for unaccompanied youth and the remarkable progress that has been made in the past year in releasing hundreds of Afghan children to sponsors.

Afghan children fled to the United States in search of safety and freedom after being forced to leave their homes and relatives without notice.

But for too many of these kids, one unfathomable catastrophe was followed by another: after fleeing the Taliban government, Afghan children who haven’t yet been reunited with families are stranded in rigid environments that haven’t been equipped to care for kids with complex trauma for months.

Since the fall of Kabul, the authorities have visited the country as attorneys for children confined in federal immigration detention, interviewing Afghan children and learning first-hand about their experiences in U.S. custody.

One young man shared his harrowing trip from Kabul to Qatar to Michigan to New York; his concerns that he and his Afghan “brothers” were being forgotten and that no one was working on their cases; his sadness that he couldn’t speak to his family in Afghanistan more often; his anger at not being allowed to attend a real school or be a part of American culture; and his feelings of total isolation as he and the other Afghan youngsters often spent 23 hours a day in the same building

As authorities have spoken with Afghan youth, and repeatedly heard them describe regimented environments where kids aren’t allowed to hug one another, move around on their own or even visit other kids’ rooms, go outside alone for some fresh air or access to technology like cell phones or other devices to stay in touch with family and friends.

According to a 17-year-old Afghan woman,

they don’t allow us to take even one step outside of our trajectory, so we feel like prisoners. We females strive to remain quiet and follow the rules, but we also need room to breathe.

Most children in Afghanistan are always concerned about the safety of their families, but they are limited in how often they can communicate with them—typically only two 10-minute phone calls each week.

One 16-year-old Afghan boy claimed, adding that he took part in a hunger strike to get more phone time.

We are struggling emotionally that how little we can talk to our family. Speaking with our relatives and checking on them regularly is beneficial for our mental health.

In the United States, children’s dreams of finishing their education have also been dashed. Instead of a whole school year, the classes offered are designed for kids with short visits.

Children who stay for a longer period typically do not obtain transferable school credits and frequently perceive the curriculum to be boring and repetitious.

In addition to expressing a strong desire to study English, one 13-year-old Afghan child stated,

I also want to be exposed to the outside world to learn about how to survive outside this region. It’s time for me to register in a real school since I came to the United States to improve my life, but I feel like I’ve spent so much time here.

It is hardly unexpected that many Afghan youngsters have declining mental health due to extended stays in government custody and being cut off from their families.

According to reports, several kids have been sent to more severe psychiatric hospitals since the shelter environment was unable to meet their demands for mental health care. Children’s frustration and trauma can also express as aggressive or rebellious conduct, which often leads to punitive action rather than remedies that address the fundamental cause of misery.

I am afraid they will hold me here until I go insane, and then they will take me to a psychiatric institution.

Through the ORR Long-Term Foster Care and the Unaccompanied Refugee Minors (URM) programs, Afghan children and other kids in government care who don’t have relatives in the U.S. urgently require placements in homes-like environments.

Another Afghan girl said, hoping to be a women’s rights lawyer.

I simply want to live with real people with genuine lives and go to school.

Yet neither foster care program has enough placements available to handle the number of eligible children, so youngsters are left on ambiguous waitlists for months on end with no information on if or when they will be placed.

Contrary to expectations, research has shown that the most traumatized kids who struggle the most in institutional care are also the least likely to be accepted into one of the limited URM or long-term foster care spots.

For vulnerable children who arrive without family support, society must do better. Nobody has an interest in seeing children waste away in government-funded shelters for months on end when they might be living with families, going to school, and creating new lives for themselves in the neighborhood.

The federal government has to take immediate action and commit a substantial amount of funding to therapeutic family foster care, URM placements, and long-term foster care. Children who might be living with families in the neighborhood instead being in government care will continue to suffer needlessly if this is not done. 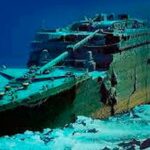 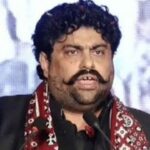