In Lahore, Sethi spoke at a press conference and said, “I think you will recognise that throughout the years, PSL is the biggest T20 brand in the private industry after the IPL.”

This, he claimed, was demonstrated by the fact that “three to four” other T20 leagues were already underway around the world, and that “every single one of them had organised their leagues before us.”

Even rookie cricket players would receive at least $25,000 each, he said, adding that this will increase their self-confidence and inspire other young people to take up the sport.

He claimed that the PSL would aid the Pakistan Cricket Board (PCB) in becoming financially independent.

He said that the PSL’s revenue would be used to advance cricket in the nation.

In his TV programme on a private channel, Sethi stated that “the money gained through the PSL will be in a central pool, with the franchises having a 75% share.”

Every franchise will also profit from sponsorship rights, including the rights to use jersey logos.

Every PSL franchise, according to Sethi, will be compelled to pay the PCB in advance for the players’ fees, which the board will then distribute to the cricketers.

Twenty qualified parties have shown interest in purchasing the five franchises, he said, adding that eight more would be added over the following four years.

In a separate press release, the Pakistan Cricket Board (PCB) reported Sethi as claiming that the competition would be a “huge event” with the “greatest T20 cricketers in the world in action.”

With the overriding goal of making it the top T20 cricket tournament, we want to make the HBL PSL larger, better, and stronger than ever before.

The press statement states that the league would begin on February 13 in Multan and conclude on March 19 in Lahore. 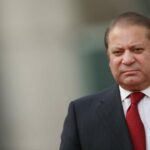 The current problem in Pakistan is caused by Faiz and Bajwa:
Next Article 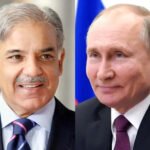