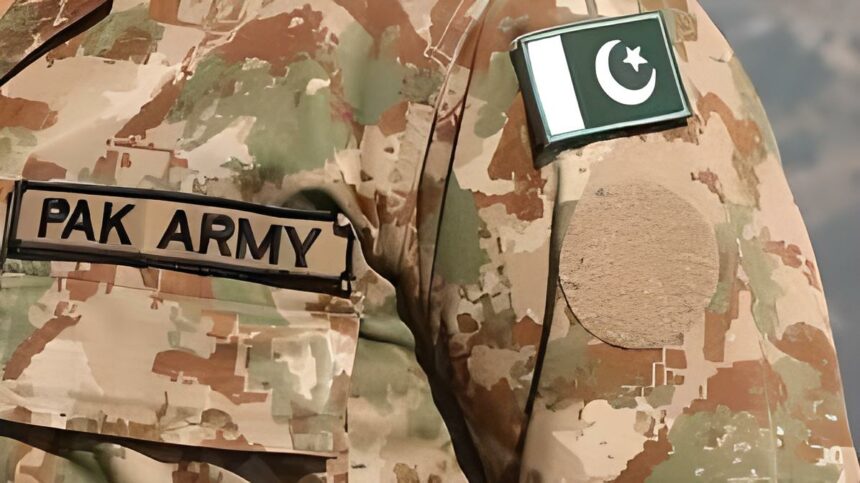 In an extraordinary turn of events, the heads of the nation’s top intelligence agency and the military’s press office spoke to the media on Thursday and queried the circumstances surrounding the murder of senior journalist Arshad Sharif in Kenya as well as the explanation for the “unfortunate incident.”

The military spokeswoman stated that the press briefing was held to help distinguish between “facts, fiction, and opinion,” and that Prime Minister Shehbaz Sharif had also been aware of the delicate nature of the media discourse.

Lt Gen Babar expressed regret that the army leader was also singled out for attention and criticised, claiming that “an attempt was made to create a divide in the society.”

He described the journalist’s death in Kenya as an “unfortunate incident,” adding that Arshad was a member of an “icon of Pakistani media” and that his family had served in the military.

The provincial government of Khyber-Pakhtunkhwa (CP), acting on the orders of the provincial executive, had sent a threatening letter on August 5 alleging that the militant Tehreek-e-Taliban (TTP) breakaway group was preparing to target the journalist, according to details provided by DG ISPR.

No data was disclosed with the organisations “who provided them the information,” he continued.

“There were reports that he [Arshad] did not want to leave the country but was constantly reminded that his life was in danger.”

Gen. Babar said Arshad was an investigative journalist and he performed numerous shows on diplomatic communication when PTI chief Imran Khan claimed it as proof of an international conspiracy. He was speaking in reference to the diplomatic cypher that PTI claimed was a component of the regime-change execution against the then-government of Imran Khan.

Imran and Arshad had numerous meetings, he said. “As a result, it was stated that he was shown meeting minutes and the cypher.”

The army chief had discussed it with Imran on March 11 and the PTI president had said it “was not a big thing,” he said, stressing that the details surrounding the cypher and Arshad’s killing must be discovered.

When a piece of paper was waived on March 27 and “an attempt was made to build a narrative that was far from the reality,” he claimed it was “surprising” for the troops.

The military official called the claims “baseless and unfounded” and claimed that neither the ISI nor the National Security Committee had discovered any evidence of a plot against the PTI government.

“This is all part of the record.”

A specific story was later provided to Arshad and other reporters, according to Gen. Babar, and “an attempt was made to defame Pakistan and the country’s institutions across the world.”

He added that the NSC meeting was portrayed in the wrong manner and that a corporate news channel “played the role of a spin doctor in targetting the army and promoting a false narrative” during the “media trial.”

The phrase “neutral and apolitical” was “turned into abuse,” he continued, adding that it was customary for the military to get involved in domestic politics.

“The army chief and the institution showed restraint and we tried our level best that politicians sit together to resolve their issues.”

The military spokeswoman stated that the army “did not have any negative sentiments about him [Arshad] and there are no such feelings now,” in response to past criticism of the organisation made by the murdered journalist.

He provided more information by revealing that PTI leader Shahbaz Gill was jailed and denounced for his comments on the nation’s institutions made on ARY News on August 8.

A senior employee of ARY News named Ammad Yousaf was also detained, according to the military spokeswoman, and it was discovered during the inquiry that the news channel’s CEO had requested Ammad to send Arshad away.

A member of the ARY Group bought a ticket for Arshad to Dubai. “He [Arshad] departed Peshawar Airport via PK-637 for Dubai on August 10.”

The journalist received “complete protocol” from the KP administration, and Arshad stayed in the UAE “till he had a valid visa,” according to DG ISPR.

Gen. Babar stated, “He left for Kenya when the visa expired,” and questioned the decision to travel to Kenya given that 34 nations provide Pakistani passport holders visas upon arrival.

Reiterating that the reporter was not “forced” to flee Dubai at the level of the government, the army spokesperson enquired as to who would have persuaded Arshad to leave the nation.

In addition, he demanded that the dead reporter leave the Gulf nation and asked who was responsible for his care.

Gen Babar questioned the journalist’s stay in the nation of east Africa and who was providing him accommodations.

“Kenyan police accepted their mistake and it has yet to be examined whether this is a case of mistaken identity or of targeted killing.”

“Therefore, the government has been requested to form a high-level inquiry commission”.

Salman Iqbal, CEO of ARY, “should be brought back to Pakistan,” according to Gen. Babar, and included in the investigation because his name has come up frequently.

In response to accusations that the army was to blame for Arshad’s death, the military spokeswoman said, “It has to be determined who exactly benefited from his [Arshad’s] killing.”

“It’s your responsibility now to unearth the facts and bring them to light. We have to wait for the report from the inquiry commission,” according to Babar, who also stressed that it was improper to level accusations before the report was made public.

“We can be awake or make mistakes, but can never be a traitor or conspirator. The army is nothing without the people.”

“If we have made mistakes in the past, we have been washing them with our blood for the past twenty years. We will never fail the people of Pakistan, this is our promise,” said the army representative.

In an unusual step, the army spokeswoman said that DG ISI Lieutenant General Nadeem Ahmed Anjum will also brief the media. “Keeping in view the sensitivity of matters, he may be in a better position to respond,” the representative added.

“I know you are shocked to see me amongst yourself, and I can understand your surprise. My policy on my pictures and public appearances has been clear for the past year to which my agency and I strictly adhere,” asserted DG ISI.

“But today is a different day, I am not here for myself but for my institution, whose soldiers and officers sacrifice their lives every day for this country. Especially, I have come here for my agency whose officers and agents all over the world protect this country 24 hours a day”

“You should know that this narrative has been 100 per cent constructed on the basis of lies,” DG ISI continued.

“Every citizen of Pakistan, irrelevant what their political leaning is, should have their equal right [to hold opinions]. [The institution] should not be associated with one group or name.” the intelligence chief claimed.

“Since last year, and especially since March this year, there was a lot of pressure on us, and the pressure was placed in various ways but the institution and army chief decided to stand their ground.”

The army chief “took this decision for the welfare of the country and sacrificed himself for it,” Lt Gen Nadeem continued.

The nation’s spymaster claimed, “In front of me, the army leader was promised an unlimited extension for his tenure in March.

DG ISI inquired, “If you think he is a traitor, then why did you meet him in secret?”

“It cannot be that you meet the chief in the darkness of the night and express your constitutional and unconstitutional desires, you can express them, that’s fine, but don’t then go out during the day and call him a traitor”.

“And when somebody does that we have always approached the government. It is not our prerogative to take action, all we can do is request the government.”

“There was no danger to the life of Arshad Sharif in Pakistan,” said DG ISI after he admitted that there may have been “some opposition to his political leanings”.

“He was in contact with the establishment and my own institution when he was here and even when he went out of the country he maintained contact. In fact this month, he was in touch and wished to return to the country” Gen Nadeem remarked.

The original assertions made by the Kenyan official that “this was an accident that occurred due to mistaken identity” were “not totally satisfactory,” according to DG ISI.

In response to a query in November regarding potential anti-military propaganda meant to sway the choice of a new army chief, DG ISPR stated that “criticism is everyone’s right.”

“We have never had an issue with criticism as an institution. We only have an issue when criticism when it enters the domain of propaganda and fake news.”

“That is something we need to avoid because we don’t have a forum where these things can be addressed on a daily basis. Neither does it suit us nor should we do that. That is why the government defends the institutions. But criticism is not an issue.”

“As far as the selection of the new army chief is concerned, it will happen on time and as per the constitutionally defined method. There should be no doubt about that,” added Gen Babar.

“I have already said it is the constitutional right of every Pakistani that they freely express their opinions, even if that opinion is my own criticism and I will repeat this for you: It is my duty to respect that right and as a soldier and spy I am ready to protect that right. You criticize us, by all means, do it day and night, but ask what I did for the country and the nation, not what I did for your or your own political gains,” asserted the intelligence chief.

“If I am not meeting the nation’s expectations then please criticise me. I will happily bring improvement in my work”.

“You have a right to an opinion, but don’t manufacture facts,” continued Gen Nadeem Anjum.

In response to a different query regarding the PTI’s impending long march, Gen. Babar stated that “coming to Islamabad, participating in a long march and protesting is a constitutional right. I don’t think that is a risk to the country’s safety”.

“The Supreme Court has allowed the government to use whatever resources it has to maintain the law and order situation and what the COAS stated earlier is definitely correct, that he will not allow anyone to bring political or economic instability to the country,” he pointed.

“I have full faith the SC will order clear directives on the matter, but despite that, this danger always stands that when so many people gather then terrorist organisations and other anti-state elements will want to take advantage of it.”

“it is our duty to provide security and if God forbid need be that the Pakistan army needs to be called in by Article 245 by the government – as is its right – then the military will help the government to control the situation.”

When asked about the impact of the former ruling party’s long march on the premier’s upcoming foreign visits and how seriously he would be taken when there is “apparent political turmoil” in the country, DG ISPR said that “all over the world, such upheavals come and go in democracies”.

Although, he remarked that “this does not mean that government is any way hold any less merit, whoever holds the office is the Prime Minister of Pakistan”.

“I don’t think there needs to be too much alarm over it, this happens in democracies,” he stated. 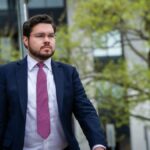 Due to “misconduct” by the jury, the trial for the rape of an Australian parliamentarian was dismissed
Next Article 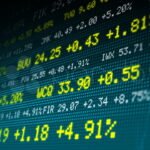