Due to the worsening pollution conditions, the Lahore High Court (LHC) on Tuesday issued an order to the government to extend the winter break for all schools and colleges in the capital of Punjab by seven additional days.

The order was made by the high court as it heard a petition calling for action to reduce smog in the city. It stated that the government was in charge of implementing preventative measures after the haze. The Provincial Disaster Management Authority’s (PDMA) director general has also been called before the LHC for the next hearing.

The change occurs as Lahore was consistently ranked first among the top 10 most polluted cities in the world during the previous week.

The Punjab School Education Department had already declared that all public and private schools in the province would be closed from December 24 to December 31. It stated that the schools would return on January 2 (Monday), 2023.

Separately, LHC granted permission for the theatres to stay open from 9:30 to 11:30 p.m. and instructed the district administration to send out an announcement on this.

The suspension notices sent to theatres that opened after 10 p.m. were contested by the association.

Justice Karim stated at the hearing that everyone is taking action to control smog because it affects both adults and children.

Justice Karim pleaded with the populace to alter their ways of life to take back power.

The judge then postponed the hearing until Friday (December 30). 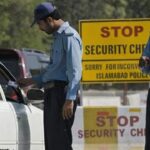