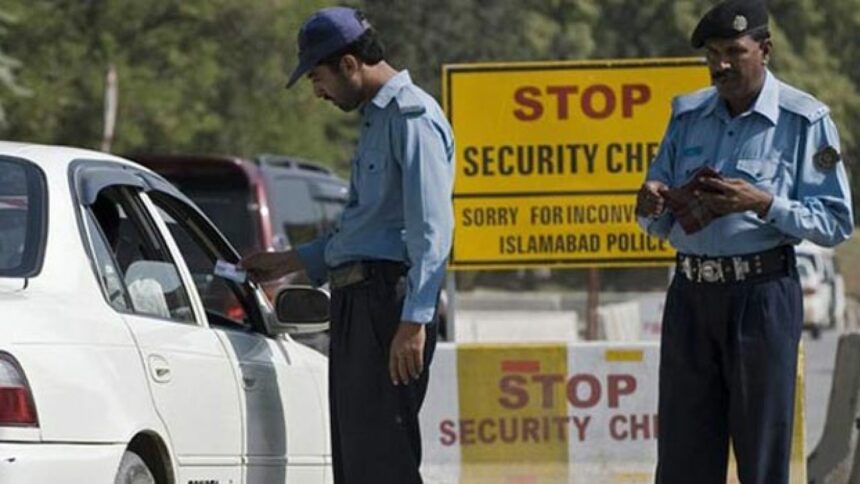 The Saudi embassy in Pakistan has issued a security notice for its people, asking them to exercise caution and restrict their travel after recent terrorist attacks in the nation.

The warning was issued on Monday, a day after the US embassy forbade its personnel from visiting the Marriott Hotel in the nation’s capital out of concern for an attack.

According to the Australian High Commissioner, officials in Islamabad have been told to be more vigilant and restrict mobility within the city.

The capital’s security had also been put on high alert by the Islamabad police. The public was urged to assist with inspections after the police announced that checking had been enhanced at all points of entry and exit.

The Saudi security notice urged newcomers and citizens to “be cautious” and to avoid leaving the country unless absolutely necessary.

The alert stated that Islamabad’s security had been raised to the highest level and advised Saudis to get in touch with the embassy and consulate if necessary.

According to the Australian High Commissioner, officials in Islamabad have been told to be more vigilant and restrict mobility within the city.

Neil Hawkins posted on Twitter, “You should exercise heightened vigilance and monitor the media for latest updates.”

Other embassies have also encouraged their personnel and people to limit their travel for a while over the current holidays, especially until January 1.

Before this, Islamabad Police increased security in the nation’s capital by conducting more thorough checks at all ports of entry and exit. They also asked for assistance from the public during inspections. The Saudi security notice urged Saudi nationals travelling to Pakistan as well as those already there to exercise caution and avoid leaving the country unless necessary

The warnings were sent in response to a suicide bombing that occurred in the nation’s capital on Friday and claimed the lives of a police officer and a taxi driver.

It was the first suicide strike in the nation’s capital since 2014, according to the Pakistan Institute for Conflict and Security Studies (PICSS), situated in Islamabad. 18 suicide strikes in the city from 2005 to 2014 resulted in up to 165 fatalities and over 600 injuries.

Analysts report that as Pakistan enters an election year, the government must immediately come up with a plan to address the threat to internal security posed by the upsurge in violent assaults.

Balochistan, a restive province in the southwest, experienced at least nine attacks on Sunday, in which six security officers were killed. Tehreek-e-Taliban Pakistan (TTP), an armed organisation often known as Pakistani Taliban due to its ideological affinities with the Afghan Taliban, has so far claimed responsibility for two of those attacks.

The TTP took credit for a suicide strike that occurred in Islamabad, the nation’s capital, on Friday and resulted in at least one police officer dying and numerous others being injured.

A week prior, the TTP militants in Bannu city in the Khyber Pakhtunkhwa province’s northwest were driven out by Pakistani security forces after holding hostages for more than 40 hours.

In light of these security worries, the American embassy in Islamabad alerted its workers on Sunday of a potential attack on one of the city’s premier hotels that Americans frequently visit.

The embassy said in a statement that “unknown individuals are possibly plotting to attack Americans at the Marriott Hotel in Islamabad at some point during the [Christmas] holidays.”