There were rumours that the province administration was planning to replace Inspector General of Police (IGP) Faisal Shahkar due to his hesitation in this respect during an impasse between Punjab’s ruling coalition partners, PTI and PML-Q, over the ex-alleged premier’s request to book a senior army officer, the prime minister, and the interior minister in the case.

At Wazirabad’s Allahwala Chowk, where the PTI’s “Haqeeqi Azadi” march against the federal government had paused on its way to Islamabad, shots were fired, leaving one PTI employee dead and 14 others injured, among them Mr. Khan and PTI leaders.

At least three suspects connected to the shooting were detained by the Punjab Police, however, they denied receiving any FIR application from the PTI. However, Mr. Khan’s nephew, attorney Hassaan Niazi, claimed that although they had filed the application at the police station, no record had been given to them.

They “left the application on the table,” he claimed, and then returned. In a later tweet, he stated, “SHO Wazirabad and DPO Wazirabad refuse to even take the application. gone for 48 hours. Police won’t accept applicants. requesting that the applicant, Zubair Niazi (General Secretary of the PTI in Lahore), remove that ONE name. The crime minister’s name, so they believe, is acceptable.

In a press conference earlier on Friday, Mr. Khan claimed that not even an FIR had been filed against the three people he accused of “planning his assassination.” No impartial probe can be carried out, he argued, “unless Prime Minister Shehbaz Sharif, Interior Minister Rana Sanaullah, and Maj Gen Naseer resign.”

According to a top police official from Islamabad who asked to remain anonymous, every citizen of the country is equal under Article 25 of the Constitution, and anyone can be charged with a crime, whether or not they are a serving army officer, civil officer, or prime minister.

According to him, anyone can be the subject of the first information report following a citizen complaint. However, he added that the SHO could conduct an investigation into any allegation prior to the filing of a FIR when outlining the legal authority of the station house officer.

According to attorney Safdar Shaheen Pirzada, police are permitted to file a FIR against any citizen under Section 154 of the Criminal Procedure Code. According to him, military officials do not have immunity from the filing of a prosecution if a cognizable offense occurs.

He did think that the investigating officer had the right to conduct an investigation and request “incriminating evidence” from the complainant in order to determine whether or not an arrest of the suggested suspect was necessary.

In the meantime, former foreign minister and vice chairman of the Pakistan Tehreek-i-Insaf (PTI) Shah Mahmood Qureshi claimed in a television interview that there appeared to be pressure on some authorities to not consider their application for the Wazirabad attack complaint and that it appeared as though their hands were tied.

He continued, saying that the Punjab police chief’s performance had not been well received “Since an FIR was not being registered in such a serious case, it has raised a serious question mark.”

The provincial administration also had a duty to look into the situation and verify whether the top police official was actually “helpless,” he continued. 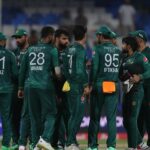