Islamabad: It was decided during a consultative session hosted by Dr. Abdul Basit, President of the Quaid-I-Azam Alumni Association (QAUAU), that, similar to the 2010 floods, a special scholarship programme will be launched in close coordination with the QAU administration to ensure the continuation of studies for flood-affected students enrolled at QAU and will cover tuition, hostel and mess dues.

The attendees expressed profound sorrow and anguish over the deaths and monetary losses in the flood-affected communities.

They also praised the Quaidians, former students of QAU Islamabad, for their individual and group efforts as well as their active engagement in relief operations and ration distribution to flood victims across the nation.

After careful consideration, it was unanimously resolved to help flood-affected students by offering scholarships so that their continuous education wouldn’t suffer because of any financial difficulties.

As a federal institution, QAU Islamabad admits students from all throughout Pakistan in accordance with federal government quotas, which was also mentioned during the discussion. 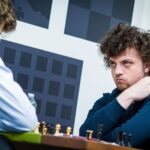 A Scandal in Chess: Five-time World Champion, Magnus Carlsen withdraws from the Sinquefield Cup after losing to Hans Niemann
Next Article The new PM of Britain, Liz Truss brings the latest diverse formation of the Cabinet at 10 Downing Street
Leave a comment Leave a comment