in freedom, in the ability to control your own life, in low taxes, in personal responsibility.

The resume of the newly elected Prime Minister_ like most PMs of Britain_ is impressive. She retains a consolidated plethora of competitive positions in the past. She remained Parliamentary Under-Secretary of State for Childcare and Education between the years 2012-2014, Secretary of the State for Environment, Secretary of State for International Trade, Minister of Women and Equalities, Justice Secretary, and Chief Secretary to the Treasury. She worked continuously since 2006 when she was elected as councilor in Greenwich.

Miraculously enough, Liz’s appointment came with a drastic change in the Cabinet as many have noticed that none of the important positions in the government are occupied by white males from Britain. With Therese Coffey (the UK born) as Deputy Prime Minister and Health Secretary, Kwasi Kwarteng (UK) as Chancellor, James Cleverly (UK) as Foreign Secretary, and Suella Braverman (UK) as Home Secretary, the new Cabinet is diverse in the most diverse considering Britain’s history.

This change occurred as the result of the policy Liz Truss brought forth and which was liked by the members of the parliament. She has promised to reduce energy costs which is a consistent problem in Britain. Her new policies include various developmental pledges beginning with an emergency budget which shall suffice to re-maneuver economic growth. She presses the idea of re-routing common people’s wealth back into their possessions. Reduction of tax on all forms especially in terms of energy expenditures is a major cause of her being elected as the Prime Minister. She is adamant to bring the United Kingdom out of the soaring energy bill crisis.

The new PM also believes strongly in widespread opportunities in the field of education. She said after she visited France:

What I saw when I went to France was that really good quality education and childcare is seen there as a completely normal part of everyday life.

She also reflected that:

Her first international visit is expected to be to Ukraine. She recently showed her willingness to accept Ukrainian president Zelenskyy’s invitation to visit the country. The UK has been a staunch supporter of Ukraine during the war and has assisted the country in fighting back by providing military support and weapons. Liz Truss does not deviate from the view in the slightest but is more than optimistic about working with the Ukrainian president. 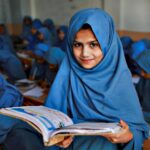 Grants for students affected by the flood
Next Article 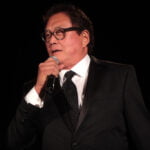