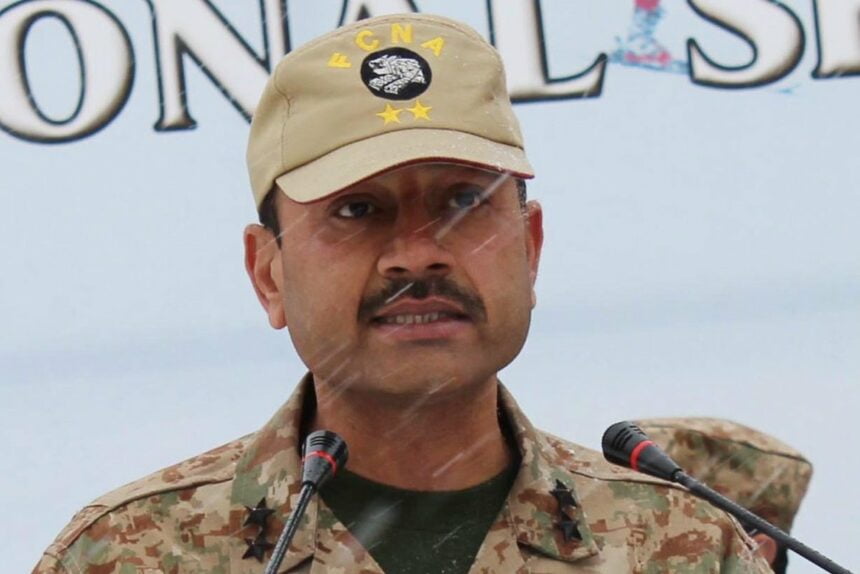 After days of rumours, President Dr. Arif Alvi approved the brief given by Prime Minister Shehbaz Sharif on Thursday, appointing Lieutenant Generals Syed Asim Munir and Sahir Shamshad Mirza as the next chairman of the Joint Chiefs of Staff Committee (CJCSC) and the future army chief, respectively.

The event happened after the President met with Imran Khan, the leader of Pakistan Tehreek-e-Insaf (PTI), in Zaman Park.

The PTI posted video of the president’s caravan pulling up to Imran’s house in Lahore on social media with the premise that the two will discuss the party’s strategy before the selection for the highest position in the army.

Sources claim that President Alvi met with legal specialists at the presidency and signed the summary after speaking with Imran Khan.

The senior military appointments would be officially announced by the Ministry of Defence.

Sources claimed that President Alvi would shortly meet with the new army head and CJCSC.

PM Shehbaz gave the report to the president, according to tweets from information minister Marriyum Aurangzeb previously in the day.

“Using his constitutional powers, Prime Minister Shahbaz Sharif has decided to appoint Lt Gen Sahir Shamshad Mirza as the Chairman of the Joint Chiefs of Staff and Lt Gen Syed Asim Munir as the Chief of the Army Staff.”

According to the seniority list, the positions of chairman of the Joint Chiefs of Staff Committee and army chief were up for grabs amongst Lt. Gen. Asim Munir, Lt. Gen. Sahir Shamshad Mirza, Lt. Gen. Azhar Abbas, Lt. Gen. Numan Mahmud, and Lt. Gen. Faiz Hameed.

The choice of the new army leader has neared its conclusion, according to confirmation from Defence Minister Khwaja Asif that “the advice has gone to President Alvi.”

The Minister claimed “Now, it is a test for Imran Khan whether he wants to strengthen the institution of homeland defense or make it controversial.”

“It is also a test for President Alvi,” he stated, “whether he will follow political advice or constitutional and legal advice. As the Supreme Commander of the Armed Forces, it is his duty to protect the country from political conflicts”.

The defence Minister had made a casual comment to reporters on Wednesday outside the Prime Minister’s Office (PMO) that the new army chief might be chosen before PM Shehbaz leaves on a trip to Turkey on November 25.

Lt Gen Syed Asim Munir has a range of military expertise. He was Gujranwala’s Corps Commander. He served from October 2018 to June 2019 as the DG ISI as well. Many people were surprised by his brief tenure as the leading spy agency’s director.

Imran Khan, the country’s prime leader at the time, was reportedly not pleased with him since he was thought to have alerted him about his wife’s purported involvement in corruption. Gen Asim’s determination to follow the rules was also believed to have irritated Imran.

Gen. Asim was the DG of Military Intelligence as well. He is regarded as the front-runner because the government has said that seniority will this time be given priority in choosing a new leader.

On the list of seniority, Lt Gen Sahir Shamshad Mirza is ranked second. In Rawalpindi, he serves as Corps Commander. He also held the important job of Chief of General Staff (CGS), which was once held by the majority of army chiefs.

Because he oversees both the operational and intelligence directorates for the army, CGS is referred to as the de facto army commander. To put it simply, every file in the army passes through his desk.

Director General of Military Operations was his previous position. General Sahir has a unique personal history. Early in life, he lost both of his parents. He fought and worked his way up to this position.

He allegedly made reference to his unit in the parents’ column. Those who are familiar with Gen Sahir well claim he has a solid standing in the army. He is not embroiled in any conflict, and there is little discussion about his candidacy.

The President is allowed by the Constitution to delay the nomination of the new Army Chief by 25 days. According to sources, the government has a few backup plans in case the president chose to postpone the briefing.

Since the President’s consent is not necessary for this appointment, it is authorised to choose the vice chief of army staff (VCOAS).

For the purpose of extending the service of the officer whose retirement is imminent, the government may also elevate a lieutenant general to the rank of full general.

A government representative expressed surprise that a “essential” conversation was taking place regarding the potential to postpone the Army Chief’s selection briefing. He continued, “I think this is not an issue at all.”

Imran Khan, the leader of the PTI, stated on Wednesday that President Arif Alvi was in touch with him and would speak with him on the choice of a new Army Chief because he was the party leader.

He claimed that since I am the leader of the party, the President may speak with me if the Prime Minister can communicate with a “absconder” (a reference to PML-N supremo Nawaz Sharif).

However, “the President and I have decided that we will play with this within the law and do whatever is in law and the Constitution,” Imran stated in an interview on a private news channel. “The president will absolutely discuss the matter with me,” he continued, adding that he was unaware of who they would designate. 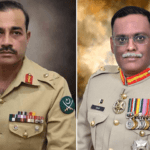