On Thursday, the Greek coastguard announced that roughly 500 asylum seekers who were temporarily transported to a vessel for processing after being saved in a spectacular operation this week off the island of Crete.

The migrants, which consisted of 128 boys and 9 girls, were travelling on an abandoned fishing boat that made a distress signal late on Monday while travelling southwest of Crete.

Greek officials claim that as a result of increased Aegean Sea patrols by Frontex, the EU border agency, and the Greek coastguard, more migrant traffickers are choosing to travel south of Crete, which is a longer and riskier route.

According to a coast guard spokesman, the group of 483 comprises Syrians, Egyptians, Pakistanis, Palestinians, and Sudanese.

“The operation is proceeding but it is slow owing to the large number of people,” she asserted. “We also need to take testimony from them.”

It was attempted to rescue the migrants at sea on Monday by a number of neighbouring vessels, including a Greek navy frigate, but the winds were nearly gale-force, making it almost impossible.

The 25-meter (82-foot) fishing boat had to wait for half a day before it could be carried safely to the quaint Cretan coastal town of Palaiochora on Tuesday.

The coastguard stated in a report on Thursday that the refugees and migrants had been transported to a Greek ferry on Wednesday night.

The duration of their stay there could not be readily determined by the agency.

According to Athens, it will promptly urge other EU nations to distribute the sizable group.

Greek Migration Minister Notis Mitarachi wrote to the European Commission in a letter that was made public on Tuesday: “We ask the (European) commission to immediately undertake and coordinate a relocation initiative in response to this (search and rescue) operation, ensuring the responsibility, in saving lives at sea, is fairly shared among member states.”

People travelling to the European Union in quest of security and good lives often stop in Greece, Italy, and Spain while fleeing from Africa and the Middle East.

This year, the Mediterranean Sea has claimed the lives of about 2,000 migrants, according to the International Organization for Migration. 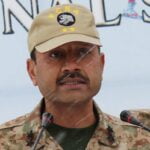 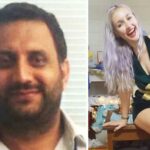