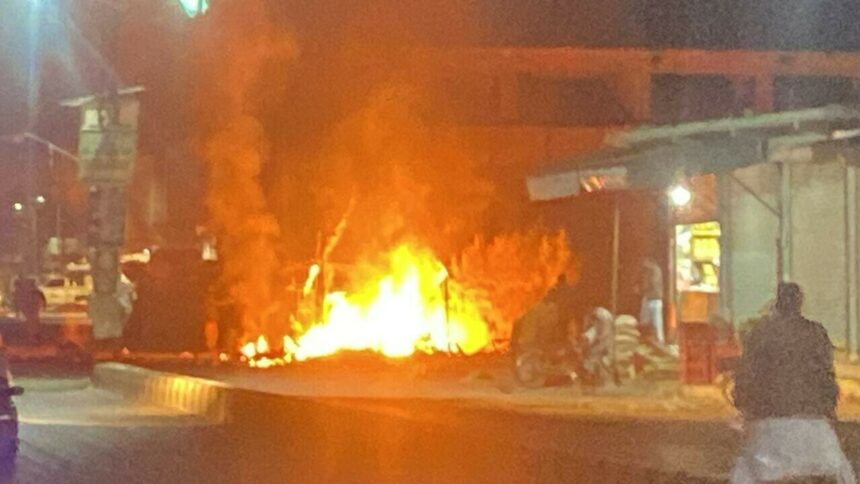 On Monday evening, an explosion was reported close to Umar Farooq Chowk on Hospital Road in Khuzdar, Balochistan, inflicting at least 13 injuries.

The incident was confirmed by police. They added that preliminary analyses indicate the explosion may have been caused by a placed explosive device. Details won’t be confirmed, though, until the bomb squad’s investigation is finished although initial reports claimed that the blast only injured a small number of bystanders.

Abdul Quddus Bizenjo, the chief minister of Balochistan, has denounced the attack and declared an emergency in all of the city’s hospitals. He gave instructions for giving the injured persons the finest care possible and wished them a swift recovery.

They were sent urgently for treatment to the Khuzdar Teaching Hospital. According to a hospital source, at least 12 persons have been transferred to the hospital for treatment. The location caught fire after the blast.

After the explosion, a sizable number of law enforcement officers went to the area and blocked it off.

Additionally, the minister instructed the administration and law enforcement to detain the offenders right away and bolster security along the Khuzdar route.

Separately, the Chief Minister’s advisor for housing, Mir Zia Langove, called the police to request a report on the assault and wished the injured a swift recovery.

The incident happened on Hospital Road, which is a busy commercial and residential district of the city.  Since there are retail complexes close by, many people frequent the area where the bomb attack occurred however, several of the stores were closed at the precise site of the explosion, which meant that the damage was minimal.

He promised that the administration was determined to get rid of any “anti-peace elements” and stated that “police and law enforcement authorities are assessing the situation.”

An investigation into the explosion was started.

Due to a backlog in import permissions, Indus Motors closed its Pakistani manufacturing facility
Next Article