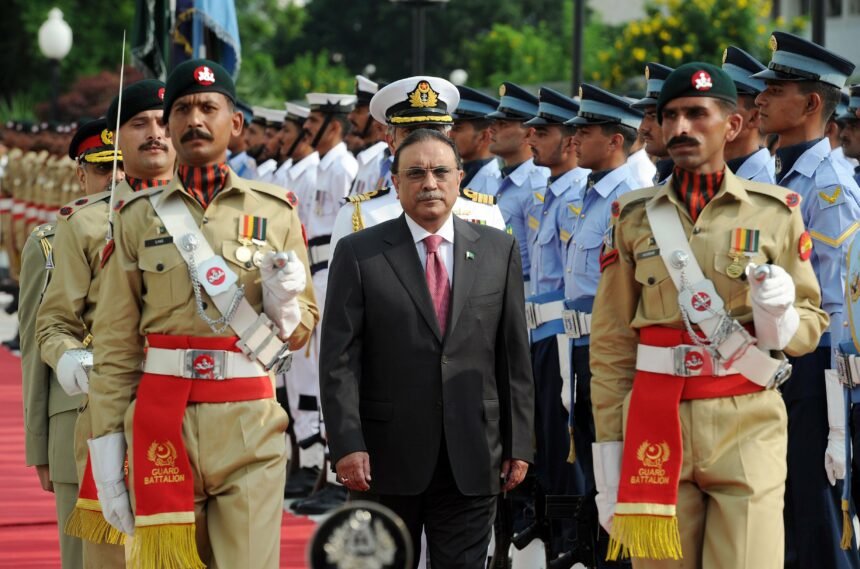 Asif Zardari inspected the guard of honour during his farewell ceremony on September 8, 2013. Photo: AFP

Asif Ali Zardari, co-chairman of the Pakistan Peoples Party (PPP) and former president, said on Friday that all three-star generals are equal and fully qualified to lead the army. However, he was concerned that if the appointment of the next army chief became political, it would harm the institution.

The announcement was made as controversy over the choice of the new military chief heated up after the military’s media wing, Inter-Services Public Relations (ISPR), announced earlier this month that General Qamar Javed Bajwa would retire on November 29 after serving for six years.

The current political stalemate brought on by former prime minister Imran Khan’s long march is also related to the topic of discussion.

Though Imran has denied these allegations, political observers think that one of the goals of his long march is to influence who is appointed army chief.

In a statement released today, Zardari said, “We firmly believe in the promotion system of the Pakistan Army. All three-star generals are equal and fully qualified to lead the army.

Adding that the army chief will be chosen by the prime minister per law, the PPP leader argued that politicising the appointment process would be detrimental to the institution.

The government and coalition partners have already started the initial consultation process regarding the well-known appointment.

Sources claim that the coalition members have pledged to fully cooperate with the federal government. Meetings between JUI-F Amir Maulana Fazlur Rehman, Asif Ali Zardari, and Finance Minister Ishaq Dar took place during the consultation process. During the meetings, Imran Khan’s long march and the country’s political climate as a whole were also covered.

Throughout the meetings, former prime minister and PML-N leader Nawaz Sharif spoke on the phone with the political figures.

According to the sources, the coalition partners urged the prime minister to make decisions regarding the appointment of the army chief and other significant matters following the Constitution.

They believed that if decisions were made in unison, the country would move toward political and economic stability.

During the meetings, it was decided not to emphasise Imran Khan’s story and his long march. According to the sources, the three major coalition partners have also agreed to collaborate shortly.

To appoint the chairman of the Joint Chiefs of Staff Committee and the chief of the Army Staff, the Ministry of Defence will send a list of the top five generals to the Prime Minister’s Office by past practice. If the prime minister is unsatisfied with the list, he can request more names.

The summary of the appointments to key military positions will probably be moved closer to Gen. Bajwa’s retirement date. Only a few days before the change of command, the official announcement is most likely to be made. 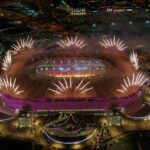 At Qatar’s stadium, alcohol sales are not permitted: Source
Next Article 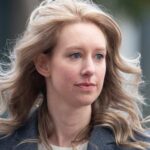