China has proposed the same “one country, two systems” concept of autonomy for Taiwan as it does for Hong Kong, but all major parties in Taiwan have rejected the concept.

China regards Taiwan, which is democratically run, as its territory, but the island’s government strongly disagrees and feels that its citizens should be the ones to assert sovereignty.

Addressing at the start of the 20th congress of the ruling Communist Party, the greatest political gathering in the nation, Mr. Xi declared that China has always “respected, cared for, and benefitted” the people of Taiwan.

He continued by saying that he was dedicated to fostering cross-Taiwan Strait business and cultural interactions.

“We insist on striving for the prospect of peaceful reunification with the greatest sincerity and best efforts, but we will never promise to give up the use of force, and reserve the option to take all necessary measure.”

“The historical wheels of national reunification and national rejuvenation are rolling forward, and the complete reunification of the motherland must be achieved,” he said in his conclusion to a loud round of applause.

The Republic of China, the island’s official name, is a sovereign and independent nation, according to Taiwan’s presidential office.

Taiwan issued a statement saying that meeting on the battlefield was “absolutely not an option” for the two sides of the Taiwan Strait. “Taiwan’s position is firm: no backing down on national sovereignty, no compromise on democracy and freedom,” it said.

The presidential office stated, “This is the consensus of Taiwan’s people,” and added that the national security team was closely monitoring developments at the congress.

Taiwan President Tsai Ing-wen stated that going to war with China was not an option in her speech for Taiwan’s national day on Monday. She also repeated her openness to communicate with Beijing while pledging to continue bolstering Taiwan’s defenses.

Premier Su Tseng-Chang of Taiwan, who China sanctioned last year because he was a separatist, told reporters on Sunday that Xi should concentrate on his people. 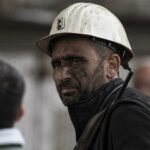 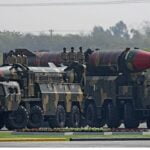 Pakistan nuclear project: country reflects on a new approach to manage security for its nuclear arsenals
Leave a comment Leave a comment