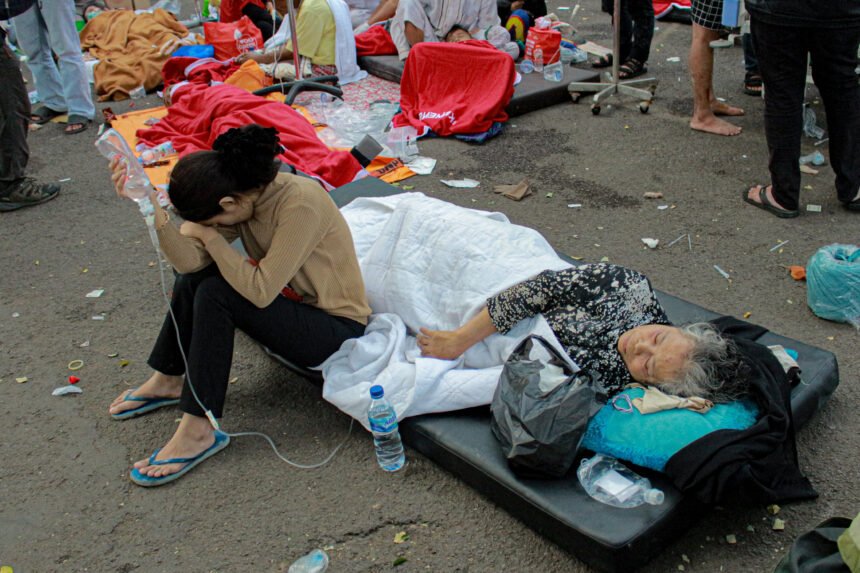 After a devastating earthquake struck a village in West Java on Monday, killing dozens of people and wounding hundreds more as buildings fell, rescue teams in Indonesia are rushing to reach survivors still trapped in the wreckage.

The shallow, 5.6-magnitude earthquake’s epicenter was near the town of Cianjur in the hilly region of West Java, Indonesia’s province with the highest density of people.

Cianjur’s hospital parking lot was overrun with casualties over the course of one night. Some were treated in homemade tents, while others were linked up to intravenous drips on the ground. Patients were sewn up by medical professionals working by torchlight.

Cucu, a 48-year-old local who had rushed to the hospital, told the media that “everything collapsed beneath me and I was crushed beneath this child.”

“Two of my kids survived, I dug them up … Two others I brought here, and one is still missing” she stated sobbing.

According to Dedi Prasetyo, a national police spokesperson, hundreds of police officers have been sent out to help with rescue operations as of Tuesday morning, according to a state news agency.

“Today’s main task order for personnel is to focus on evacuating victims,” he added.​​

Several children were among the at least 162 fatalities and more than 300 injured in Monday’s earthquake, according to West Java Governor Ridwan Kamil. 62 deaths have been confirmed, according to Indonesia’s national disaster agency (BNPB), while 100 more had not yet been confirmed.

The governor issued a warning that the death toll could increase and that some residents were still stuck in remote locations.

He claimed that authorities were acting “under the assumption that the number of injured and deaths will increase over time”.

To analyse the disaster’s effects and establish the needs of the affected children and adults, Save the Children Indonesia announced that a team would be sent to the area on Tuesday. Additionally, it is getting ready to distribute family hygiene kits, back-to-school kits, educational fun kits, and school tents.

Mia Saharosa, a teacher at SMP Junior High School 5, one of the institutions in West Java where Save the Children operates, reported that everyone was compelled to leave during class.

According to a statement made by the non-governmental organization “It was a shock to all of us as it occurred in the middle of the learning process … We all gathered in the field, children were terrified and cried, worried about their families at home. We hug each other, strengthen each other, and continue to pray.”

Authorities were making efforts on Tuesday to enter Cugenang, which was shut off by a landslide brought on by the earthquake.

More than 80 earthquakes and some regions without power hindered rescue attempts.

According to the BNPB, the earthquake, which was felt powerfully 75 kilometers (45 miles) away in Jakarta’s capital, destroyed at least 2,200 residences and forced more than 5,000 people from their homes.

Indonesia has a long history of catastrophic earthquakes and volcanic eruptions due to its location on the so-called Ring of Fire, an active seismic zone where various plates of the earth’s crust collide.

A 7.5 magnitude earthquake that occurred in the shallow sea off the Sulawesi city of Palu in September 2018 caused a tsunami, liquefaction, and landslides that destroyed the city and claimed more than 4,000 lives.

An enormous tsunami that washed ashore in 14 nations surrounding the Indian Ocean in December 2004 and killed 226,000 people, more than half of them in Indonesia, was caused by a 9.1 magnitude earthquake that struck off Sumatra island in western Indonesia. 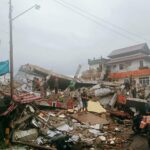