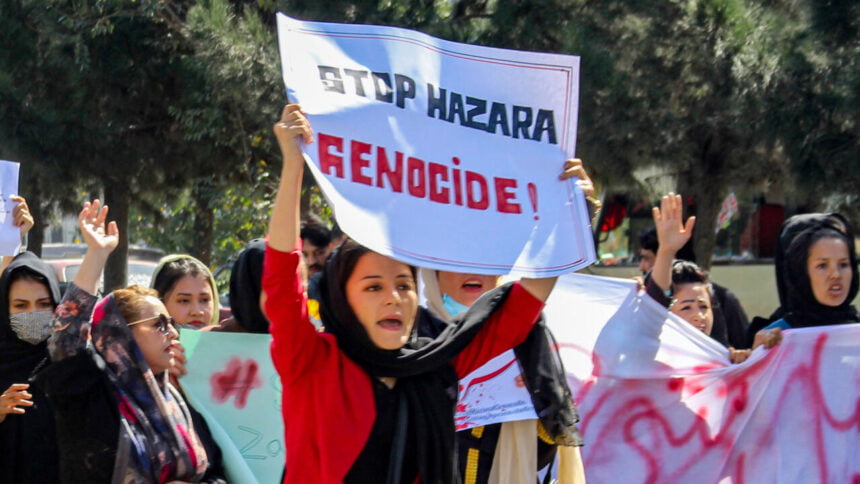 After a suicide bombing the day before claimed the lives of 20 people in the city, dozens of Afghan women from the minority Hazara group protested. Image Credits: AFP

In the Dasht-e-Barchi neighborhood of Kabul, a bomber detonated himself on Friday during a test-taking session for students for university entrance examinations. The minority Hazara population lives in the western neighborhood, a largely Shiite Muslim enclave, and is a historically persecuted group that has recently been the subject of some of Afghanistan’s most violent atrocities.

The police reported at least 20 people were killed, but the United Nations says 24 were killed.

A group of approximately 50 women marched by a hospital in Dasht-e-Barchi on Saturday while chanting, “Stop Hazara genocide, it’s not a crime to be a Shia.” The hospital was treating a number of the attack victims.
An AFP journalist stated that protestors carrying “Stop murdering Hazaras” placards were dressed in black hijabs and headscarves.
According to eyewitnesses, the gender-segregated auditorium’s women’s section was the location of the suicide bomber’s explosion.

Protester Farzana Ahmadi, 19, told Agence France-Presse that “The attack was against the Hazaras and Hazara females. We demand that this genocide should end. To protect our rights, we organized the protest.”

Later, a group of protesters gathered in front of the hospital and chanted slogans under the watchful eye of dozens of Taliban who were highly armed and some of them had rocket-propelled grenade launchers.

Women’s protests have become dangerous since the hardline Taliban seized control again in August, with several protestors being jailed and Taliban soldiers dispersing rallies with gunfire.
The incident at the Kaaj Higher Educational Center on Friday has not yet been linked to any particular organization.

The Islamic State (IS) organization, on the other hand, considers Shiites to be heretics and has previously claimed assaults in the region targeting females, schools, and mosques.
During their 20-year war against the old US-backed government, the Taliban frequently came under fire from human rights organizations for allegedly targeting the Hazara people, who they also view as heathens.

The Taliban have pledged to defend minorities and crack down on security risks after returning to work. The attack on Friday was “a shamefaced reminder of the inadequacy and total failure of the Taliban, as de-facto authorities, to safeguard the people of Afghanistan,” according to rights group Amnesty International.

Before the Taliban took back control in May of last year, three bombs exploded close to their school in Dasht-e-Barchi, killing at least 85 people, mostly girls, and injuring 300 more.
No group took credit for the incident once more, but a year prior, IS claimed responsibility for a suicide attack that left 24 people dead at a school in the same area.

The IS has emerged as a major security problem for the Taliban, but officials say that their troops have defeated the organization. 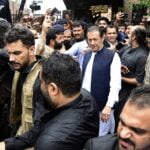