93 Conservative MPs have so far endorsed the former chancellor, however, a campaign source said he had already received 100.

With 44 supporters, former leader Boris Johnson is in a strong position to challenge Liz Truss for the position and is currently on his way home from the Caribbean.

With 21 supporters as of this writing, Penny Mordaunt was the first to declare.

Sir James Duddridge, the Trade Minister and supporter of Mr. Johnson told: “He is coming home and is up for it.”

Both Mr. Sunak and Mr. Johnson’s campaigns have not yet been formally announced, but this has not stopped supporters from endorsing them.

Mr. Johnson is returning from a vacation in the Dominican Republic and is scheduled to land in London early on Saturday.

He was seen in a suit on the flight, where he claimed to be traveling with his wife and kids. The reporter on board the aircraft reported that the former prime minister received “a few boos, and a few people looking slightly bewildered” from other passengers.

MPs will be watching to see if he speaks after landing.

According to sources within Mr. Sunak’s team, he has already received the necessary 100 nominations to be listed on the ballot.

“It is abundantly clear that Rishi Sunak has what it takes to match the challenges we face – he is the right person to lead our party and take the country forward,” Mr. Javid stated.

It’s time for a centrist, stable, fiscally responsible administration that provides real domestic and international leadership, according to another supporter, Tobias Ellwood, who claimed to be the 100th MP to back Mr. Sunak.

The former prime minister had “momentum and support,” according to Mr. Johnson’s allies. ”He is the only election winner we have that has a proven track record in London, on Brexit, and in gaining the mandate we now have”, according to Mr. Duddridge. 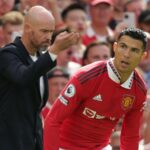 Ronaldo refused to enter as a substitute, and Man Utd threatened “consequences”
Next Article 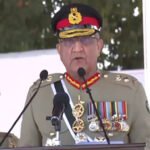