Image Credit: Department of Defense US

The two allies, Pakistan and China moving dependently forward gives strength to China in the sectors of economy and military as voiced by Washington. By partnering with Pakistan, China seeks to take command as the international power centre of the world.

The co-ordination capacities being excavated by China from its allies, Russia and Pakistan are strategic. These mutual beneficiaries have put an unrest to the already dominant economic and military power, US.

China considers Pakistan to be its long-term beneficiary. China also keeps in view the assisstance provided by Pakistan under all circumstances. While Russia remains a less passionate ally with mere strategic comprehensive partnership that often remains dormant.

According to the US, China has already removed the barrier of transportation of resources with pakistan with numerous projects and newly formed routes to easily oscillate required resources at will.

Reports also show that China has helped Pakistan in various sectors as well. It has invested in Pakistan’s defence capacities and both countries have conducted joint military excercises in the past of couple of years more extensively than before.

China has assisted Pakistan with the purchase of eight submarines, allowing it to further secure the ocean territories and trade routes.

The report issued by US National Defence Strategy department, US considers China as the most consequestial and challenging factor for its national defence and international influence.

US sees the Chinese foreign policy as the leading plan to use international influences to further solidify Chinese stamp of power as a leading figure of the international community. The governing system employed by China’s Communist Party involves allegedly the use of systemic empowerment of the military modernisation.

Nine miners in Hangu killed by a gas explosion
Next Article 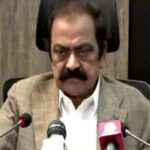