The election on Saturday saw the most seats won by any group, 82, by Anwar’s multi-ethnic coalition, which ran on an anti-corruption platform. However, it fell short of the necessary number of seats to form a government.

Three government changes in as many years have occurred in Malaysia, one of Southeast Asia’s largest economies, highlighting the current political unrest. This deadlock was not immediately resolved by Saturday’s election, which instead featured more of the political scheming that has characterised recent votes.

“I am still very optimistic that we will be able to form a government, more transparent, more democratic and to safeguard the interests of the people in Malaysia,” Anwar briefed a news conference.

With the help of the hardline Pan-Malaysian Islamic Party, a second bloc led by former Prime Minister Muhyiddin Yassin has also asserted that it has enough support to form a government (PAS).

The monarch of Malaysia is prepared to end the deadlock. The deadline for submitting proposed coalition partners and prime ministers to the king’s palace has been extended until Tuesday at 2 p.m. local time.

He claimed that the negotiations with his former adversaries were contingent on him achieving his long-held ambition of becoming Prime Minister. Anwar would receive an additional 30 seats for a simple majority of 112 under a deal with UMNO.

A decade-long political powerhouse, UMNO had its worst election results since Malaysia’s independence in 1957.

In addition, it suffered a humiliating loss in the 2018 election as a result of popular outrage over the 1MDB corruption scandal, which involved enormous amounts of public money. Najib, the scandal’s focal point, is currently incarcerated for 12 years.

Anwar ran for office on a platform of fighting corruption, a problem that has gained more attention as Malaysians suffer from skyrocketing food prices.

When questioned about ongoing corruption cases involving further UMNO leaders, he responded that he would let the legal system handle it. “Court is court. The judiciary must be free from the executive,” y, according to Anwar.

Political watchers were aware of the seeming contradiction in Anwar seeking support from a corrupt party.

According to Asrul Hadi Abdullah Sani, deputy managing director at BowerGroupAsia, “Anwar and his coalition must thread the debate of a unity government carefully so as not to alienate its followers.” 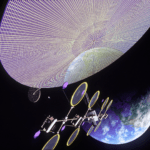