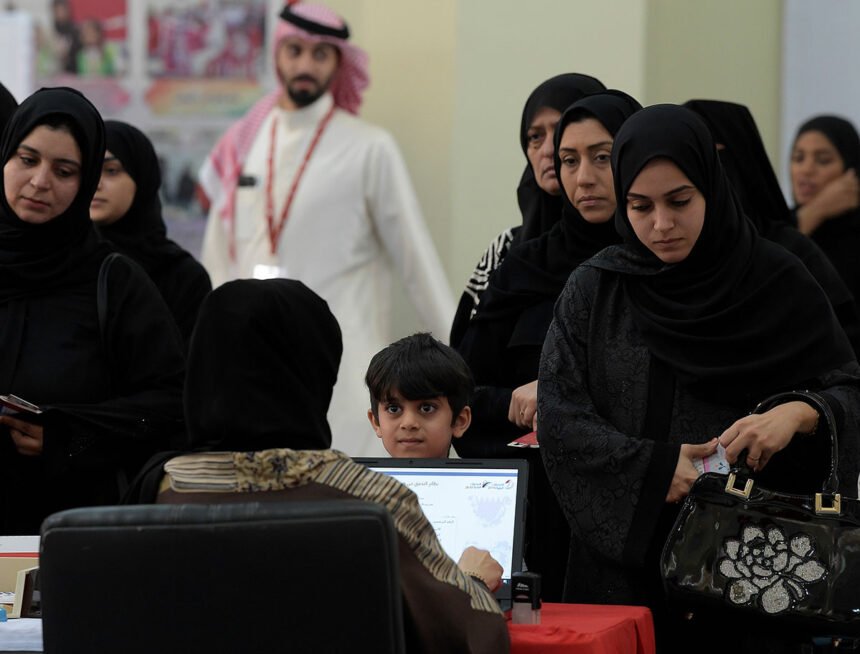 Human rights organisations referred to Bahrain’s conduct of the parliamentary elections as “political persecution” after the Gulf state disbanded the main opposition parties and tightened down on dissent.

On the island nation that put down a 2011 anti-government revolt that was mostly spearheaded by the Shia-Muslim community, which has long complained of discrimination, a claim that authorities have disputed, polling places opened at 8 am local time (05:00 GMT) on Saturday.

Amnesty International, a rights organisation, criticised the “highly restrictive rules” that disqualify members of prohibited opposition parties and those who have served sentences more than six months before the vote, which includes local elections.

“Holding this general election will not address the atmosphere of repression and the denial of human rights that has gripped Bahrain for years,” according to a statement from Amnesty International.

Bahrain said that 344,713 voters were eligible to cast their ballots, down from 365,467 in the previous elections in 2018. Bahrain has imprisoned thousands of people, some in mass trials, including opposition leaders.

For the 40 parliamentary seats and 30 municipal seats, there are more than 500 candidates, including 94 women, more than twice as many as in 2018.

The Bahrain Institute for Rights and Democracy, based in London, called the election a “sham,” adding that other laws that relate voter eligibility to previous election participation seem to be targeting people who skipped earlier elections.

The Bahraini government denies claims of violating human rights and asserts that democratic elections are held there.

The Council of Representatives, which is elected, and the Shura Council, whose 40 members are chosen by the king, make up its parliament.

Bahrain, a tiny oil producer and the location of the Fifth Fleet of the US Navy, is one of the Gulf States with the highest levels of debt.

With a $10 billion rescue package conditioned on measures aimed at achieving fiscal balance by 2024, wealthier neighbors bailed it out in 2018. In 2021, its debt as a percentage of GDP decreased marginally to 129 %.

The fiscal picture for Bahrain has improved as a result of higher oil prices. Bahrain says it is moving forward with an economic recovery plan that aims to increase non-oil GDP by 5% this year and generate 20,000 new employment for Bahrainis every year for the next two years.

In the 1.5 million-strong country of Bahrain, many Shia claim they are subject to discrimination in areas like employment and government services. Authorities have refuted the charges and have accused Iran of inciting unrest, which Tehran refutes.

TAGGED: Bahrain Institute for Rights and Democracy, Elections for parliament, Elections in Bahrain

Rugby World Cup: In a thrilling triumph, the Black Ferns win the World Cup
Next Article