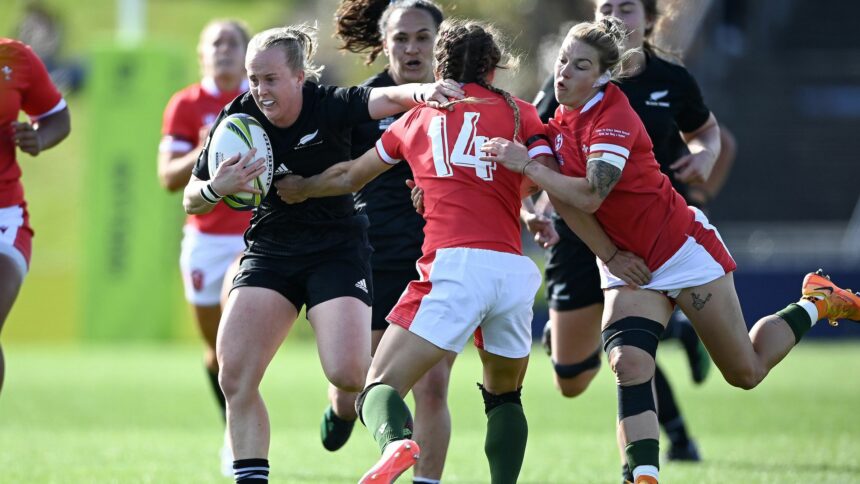 The Red Roses, who had been leading for the entire game when Lydia Thompson was given a red card in the 18th minute of what can be ranked as one of the most dramatic World Cup finals ever, were reduced to 14 players.

Ayesha Leti restored a three-point advantage for the hosts with nine minutes left, breaking England’s hearts after they had previously lost four finals to New Zealand.

With the clock running out and one more line-out, the Red Roses had a chance to win. However, they failed to convert their throw, much to the glee of the raucous audience, who set a record attendance of 43,759 for the women’s game.

While the England players stood somberly with their heads in their hands as they thought about how their record 30-Test winning streak had broken when it counted the most, the joy on the faces of New Zealand’s players and supporters stood in stark contrast.

It was obvious that this would be a day that supporters of women’s rugby would remember for years to come as a packed Eden Park screamed in support of the pre-game haka, with England spread out over the field and glaring back unimpressed.

Both teams took advantage of the chance to take their sport to new heights and provided nonstop entertainment.

England got things going quickly so New Zealand could experience their own running style. As they dispersed New Zealand, Ellie Kildunne was the first to score thanks to a pass from Emily Scarratt.

Amy Cokayne, who was brought back to a Black Ferns camp as a teenager before selecting England, scored her first of three tries in the Red Roses’ renowned driving maul after the opening ten minutes of play saw enough action for three finals.

A strong push by Thompson on record World Cup try-scorer Portia Woodman ended in a red card, adding to the drama.

In earlier rounds, New Zealand had depended on their erratic backline play, but they later showed they could also maul when Georgia Ponsonby went over after a line-out.

Leti-I’iga sprinted through a lot of open space to score her first try while England’s Marlie Packer attempted another maul try. This time, the Black Ferns answered with a strong defence, stopping the Red Roses in their tracks.

As New Zealand’s disarray and England’s focus clashed, the pack once more provided Cokayne with a try. Black Ferns prop Amy Rule then completed the half’s scoring by ripping off the back of a maul to bring the score 26-19 in England’s advantage at the break.

After such a bright start, it seemed as though England captain Sarah Hunter may finally exact revenge for the 2017 final loss to New Zealand.

It was different for the Black Ferns. In 2021, they were defeated by England twice, setting records, which prompted their union to act. The players received their professional status earlier in 2022, joining England, who has held it since 2019. Two-time men’s World Cup champion coach Smith was hired to guide the team.

These modifications had a noticeable impact. Scarratt was sent in the opposite direction when Stacey Fluhler outran her own 22. Before the full-back missed a convert that would have knotted the scores, the centre worked with Renee Holmes to score.

The Black Ferns’ last and most important strike then occurred. Theresa Fitzpatrick kicked forward for Fluhler, who expertly offloaded the ball as she collapsed to score another New Zealand goal through Leti-I’iga.

Again, England missed a penalty kick to the corner when they had the opportunity to tie the game. This time, possibly for the first time throughout this World Cup, their line-out failed them, allowing New Zealand to recover the ball and win the match for a sixth time.

Ruby Tui, the star wing for New Zealand, had earlier in the week reminded reporters that the Black Ferns were once unknown.

It is safe to say that the picture of them hoisting the trophy while the entire Eden Park sang their name and before they gave their loving fans a haka belongs in the category of iconic. 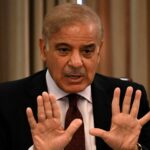 Senior-most general will be appointed as COAS: London huddle decides
Next Article 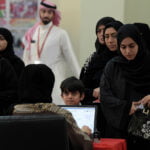