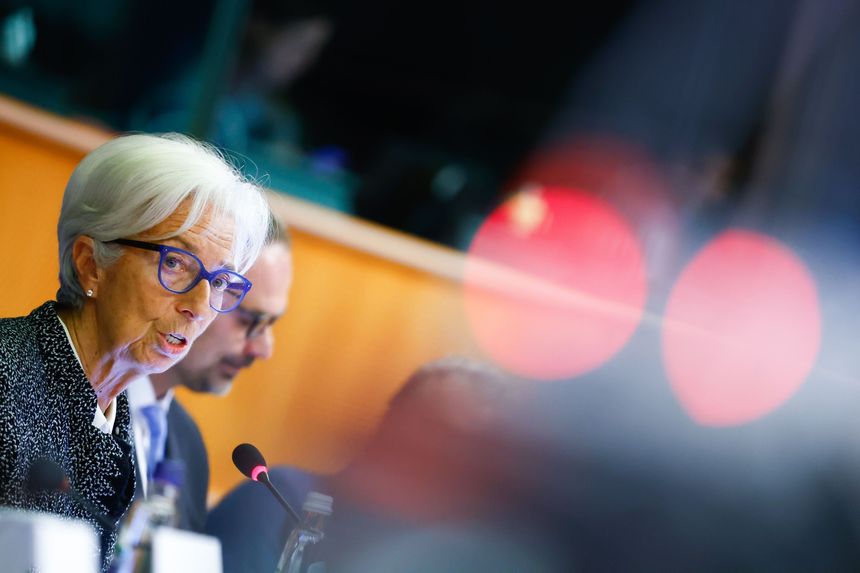 According to preliminary data released on Wednesday, inflation in the euro zone moderated slightly in November as prices fell from record highs and fell short of analyst expectations.

The 19-member region’s consumer prices have been sky-high for some months. Last month, inflation surpassed the 10% mark, underscoring the depth of the bloc’s cost-of-living crisis.

As of this month, headline inflation was 10% annually, down 0.6 percentage points from October, according to initial data released by Europe’s statistics office on Wednesday.

Food and energy both continued to contribute significantly to the high inflation rates, but the former was significantly down. According to Eurostat, energy is expected to have increased at an annual pace of 34.9% in November compared to 41.5% in October.

According to Andrew Kenningham, chief economist for Europe at Capital Economics, “the decline in headline HICP inflation from 10.6% in October to 10.0% in November was the first decline since June 2021 and was a bigger fall than originally expected.”

Given the unpredictability of the monthly data, “we would not be shocked to see the headline inflation rate rise again in December or January, but there is little doubt that it will reduce rapidly next year,” he continued.

Shortly after the data was released, the euro increased by roughly 0.4 percentage points versus the U.S. dollar, trading at $1.037, and declined slightly against the British pound, trading at £0.863.

Following a similar set of figures from the United States, inflation has begun to fall. The October consumer price index was below expectations earlier this month.

An ECB member stated that peak inflation was “within reach” earlier this month. As a result, according to Edward Scicluna, who is also the governor of the Bank of Malta, there won’t be another rate hike of 75 basis points.

Rates are expected by the market to rise by 50 basis points in December.

Lower inflation rates may be a result of recent interest rate increases and may indicate smaller or fewer rate increases in the months to come. However, ECB President Lagarde predicted future changes to its base rate in remarks made earlier this week.

She told European lawmakers, “We expect to raise rates further to the levels needed to ensure that inflation returns to our 2% medium-term target in due time.

Three rate increases have been made by the central bank this year, and a fourth is expected in December. However, there is still doubt about how many rate hikes the ECB will announce next year.

While some economists contend that officials must pause to give the real economy time to adjust to the higher rates, others argue that inflation is so high that more rate increases are needed.

In September, the European Central Bank (ECB) forecast that annual headline inflation would reach 8.1% in 2022 and 5.5% in 2023. When the central bank meets in December, these numbers are expected to be revised upward.

Elon Musk’s Twitter is not safer, according to the former head of trust and safety
Next Article