Israeli authorities claim to have expelled Salah Hammouri, a Palestinian-French human rights lawyer who was held without indictment since March and was born in Jerusalem, following a lengthy effort to do so.

The deportation occurred in the midst of requests for French President Emmanuel Macron to oppose it because Salah Hammouri “must be able to exercise all his rights and lead a normal life in Jerusalem, his city of birth and residence,” according to a spokeswoman for the French foreign ministry.

He was a lifelong resident of Jerusalem who had his residency rights revoked after authorities claimed he belonged to a terrorist group.

Rights organisations have denounced the action, and Mr. Hammouri disputes the accusations.

He was earlier found guilty by Israel of trying to kill Sephardi rabbi Ovadia Yossef, the leader of the ultra-Orthodox Shas party, although he has consistently remained innocent.

According to a statement from the interior ministry, “throughout his life he organised, inspired, and planned to perform terror attacks on his own and for the organisation against citizens and well-known Israelis.”

Supporters of Hamouri said that the expulsion violated international law.

In a statement condemning “the Israeli authorities’ decision, against the law, to expel Salah Hammouri to France,” the French foreign ministry underlined its displeasure with the decision as well.

The Israeli interior ministry, however, claimed in a statement that Mr. Hammouri had “organised, inspired, and planned to commit terror attacks” against “citizens and well-known Israelis.”

Ayelet Shaked, the interior minister for the departing Israeli administration, praised the decision as a personal triumph.

She issued a statement saying, ”Justice has been done to the terrorist and he has been deported from Israel.”

“This was a long and protracted process and it is a tremendous achievement that I was able to bring about his deportation just before the end of my duties, using the tools at my disposal to advance the fight against terrorism.”

The French citizenship of Mr. Hammouri comes from his mother. He had Jerusalem resident privileges, a tenuous arrangement that Palestinians in Israeli-occupied East Jerusalem use but that officials can revoke at any time. He is not a citizen of Israel.

He works and is associated with Addameer, a Palestinian organisation that advocates for the rights of detainees and provides legal aid. Addameer and five other Palestinian civil society organisations were labelled terrorist organisations by the Israeli Defense Ministry in October 2021.

According to the military, they are associated with the Popular Front for the Liberation of Palestine (PFLP), a militant Palestinian organisation that Israel views as a terrorist organisation.

He was sentenced to six years in prison in 2005 after being charged with trying to kill an ultra-Orthodox rabbi and political figure, a charge he vigorously rejected.

Following his arrest in March, Mr. Hammouri was placed under administrative detention, which is a three-month period of incarceration without accusation or trial, by the Israeli military commander in the occupied West Bank.

Israel frequently employs such detention orders to keep suspected militants in custody for months at a time without bringing any charges against them or putting them on trial. 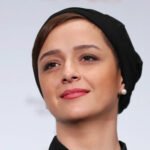