DJ Steve Aoki and South Korean rapper T.O.P are among the celebrities who will fly with Japanese business magnate Yusaku Maezawa on the first private SpaceX journey around the world.

The unconventional crew was unveiled in a video broadcast online early Friday by Maezawa, 47, who told last year that he intended to include “people from all kinds of backgrounds”. Along with space YouTuber Tim Dodd, actor Dev Joshi, and photographer Karim Iliya, T.O.P, also known as Choi Seung-Hyun, will be present. snowboarder Kaitlyn Farrington from the United States and dancer.

The voyage, which is slated for the next year, may mark the return of humans to the moon’s orbit since 1977. In the projected fly-by, a spaceship would circle the moon and approach within 200 kilometers of its surface. Eight days would pass between launch and return on the journey however, US regulators are still to give clearance to fly the Starship rocket from Elon Musk’s SpaceX business that the crew is intended to go on.

After completing a test launch in May 2021, the ship has been stuck in Texas for the past 18 months without even receiving approval for an orbital tour around the planet. But in his film confirming the crew for the trip he’s called the dear moon, Mr. Maezawa did not refer to this delay.

The creator of online fashion portal Zozo Inc., who is reportedly worth US$2.8 billion, is no newbie to the spotlight. He frequently makes headlines for literally riding on the shoulders of SpaceX CEO Elon Musk, hosting a talent competition to choose a new lover to go to the moon, giving away money on Twitter, or spending a lot of money on a Jean-Michel Basquiat. He also indicated that they are still in contact.

The opening scene depicts Mr. Maezawa in a Japanese garden staring up at the moon and  It then transitions to reveal the first crew member DJ Aoki at one of his gigs. The Billboard-charting performer adds in the video, “I can’t miss this opportunity. My soul is begging for this.”

The next passenger to be made public is YouTuber Tim Dodd, better known as the Daily Astronaut, who has amassed 1.4 million online fans for his informative films on astronomy and space travel.

The vlogger expressed shock at being chosen in a video he posted on Friday. In 2017, SpaceX announced that it will transport a human to the moon. According to the speaker, this statement was “ironically, or poetically… what got me started making films on Youtube.”

Mr. Maezawa, who amassed wealth working for the online clothing company Zozo, has emerged as a key figure in the commercial space industry. He spent 12 days aboard the International Space Station last year using a Russian rocket and he was announced as SpaceX’s first private passenger for a mission to orbit the moon in 2018 and pledged to cover the costs of the other eight passengers. 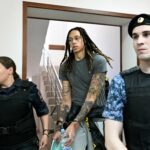