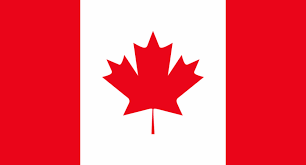 Some people wish to delay this transition out of worry that feeble individuals have easy accessibility to death than to a life without hardship; yet, Canada is prepared to expand its medically assisted dying framework to become one of the largest in the world.

Beginning in March, those with a mental disease as their only fundamental condition will be eligible for assisted suicide. When the most recent medical assistance in dying (MAiD) law was adopted in 2021, mental illness was exempted.

This will make Canada from one of the six countries in the world in which if a person solely suffering mental sickness and not approached by death naturally can consult a Doctor to help them die, however, to be eligible for this, one will still require to apply and their condition must be determined by two clinics that they are going through unbearable pain and an incurable condition and whether they can bear it and aware with the outcomes of the decision which is being taken by them.

Canada has “tired-of-life cases,” according to Madeline Li, a cancer psychiatrist with a focus on palliative care who developed a voluntary euthanasia scaffolding for her network of Toronto hospitals. “I’ve become very comfortable with MAiD for people who are dying. I am less comfortable expanding indications We’ve made MAiD so open you can request it for basically any reason.”

Since it became legal in 2016, more than 30,000 Canadians have passed away while receiving medical care. In 2021, more than 10,000 of these deaths accounted for 3.3% of all deaths in Canada. The bulk were considered to be nearing “natural” death. In the Netherlands and Belgium, respectively, 4.5% and 2.4% of deaths occurred with medical assistance last year.

A model MAiD standard of care for mental illness is being developed by clinicians and specialists for organisations that regulate practitioners.

However, some are urging a delay in the expansion, while others argue that the current system is problematic since it allows those who are suffering from a lack of support or therapy to seek assisted suicide.

Some people have publicly stated in local news stories that they want to assist suicide because they cannot find suitable housing or other resources.

According to the federal organisation that helps veterans, between 2019 and 2022, at least one individual made unprovoked suggestions of assisted suicide to at least four veterans. A spokesman stated in an email that the department is looking into yet another such accusation and added that assisted suicide counseling is not a department service. This has been cited as an instance of system abuse by some.

It is impossible to judge whether a mental condition is “irremediable,” according to some specialists who are against the extension.

In order to ensure “a strong framework is in place” when assisted suicide for those with mental illness becomes legal, a representative for Health Minister Jean-Yves Duclos said the government is collaborating with other relevant authorities.

People who are currently experiencing intolerable suffering would have to endure it longer if there was a wait, according to Toronto doctor Justine Dembo, who evaluates patients for assisted suicide and served on an expert group discussing the issue.

The Canadian Charter of Rights and Freedoms requires that some provisions of the Criminal Code be altered, the Supreme Court of Canada declared in Carter v. Canada in February 2015. The provisions that forbade medical aid in dying would no longer be in effect. The administration has until June 6, 2016, to draught a new law, per the Supreme Court.

The Canadian Parliament approved federal legislation in June 2016 that enables eligible Canadian people to ask for medical help in dying.

Bill C-7: An Act to Reform the Criminal Code (Medical Assistance in Dying) was tabled in Parliament by the Minister of Justice and Attorney General of Canada on October 5, 2020. It is a proposal to change the law governing medical assistance for dying in Canada.

The amended Act was approved by Parliament on March 17, 2021, and it incorporates significant adjustments to the criteria for eligibility for medical assistance in dying as well as the evaluation procedure. These modifications are effective right now. In order to guarantee that eligible Canadians will be able to obtain MAID in accordance with the new law and that the necessary protections are in place, the government is collaborating with the provinces, territories, and healthcare experts.

The decision-making authority for where and how health care services are delivered is with the provincial and territorial governments. They may also establish regulations regarding the locations of MAID, although they are not permitted to approve acts that are against the Criminal Code. 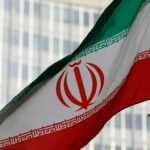