No injuries were recorded when a Middle East Airlines (MEA) passenger plane landing in Beirut on Thursday was struck by a stray bullet shot, according to MEA Chairman Mohamad El-Hout. The plane was travelling from Jordan to Beirut.

According to Hout, who spoke to Reporters, seven to eight static planes are struck by stray gunshots fired from nearby regions into Beirut airport each year, but Wednesday’s tragedy was the first time it had happened to a moving airliner.

In Lebanon, where gun ownership is ubiquitous, celebratory shooting frequently occurs to commemorate political speeches and the announcement of official test results, among other events.

“These practices of shooting in the air in Lebanon must be stopped … it is a source of danger to air traffic and the airport,” Hout added.

On the trip, Lebanese MP Paula Yacoubian posted pictures on her Twitter account that appeared to show a hole in the plane’s body.

She claimed that the incident happened “right above my head” as she was seated in seat 2F. 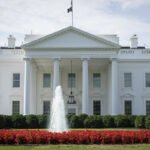 To establish foundation for communication with Beijing, President Biden and Xi Jinping expected to meet in Bali on November 14
Next Article