Officials said that a magnitude 6.6 earthquake rocked Nepal, killing at least six people, wounding many more, and demolishing several homes in the Doti district in the country’s northwest.

Northern India experienced shocks as a result of the seismic, which occurred on Wednesday at around 2 a.m. local time (20:15 GMT).

Four children were among the casualties, according to Bhola Bhatta, deputy superintendent of police in Doti, who also noted that eight homes fell after the seismic slammed the mountainous western province.

The home ministry official Tulsi Rijal’s prior information was validated by the police chief.

According to Bhatta, who spoke to The Kathmandu Post, the dead included an 8-year-old child, a 13-year-old girl, two 14-year-old girls, a 40-year-old lady, and a 50-year-old man.

According to Brigadier-General Narayan Silwal, a spokesman for the Nepali army, a land rescue team has been dispatched to the scene and two helicopters are waiting in the adjacent towns of Surkhet and Nepalgunj.

According to the European-Mediterranean Seismological Centre (EMSC), the earthquake’s epicentre was located around 160 kilometres (100 miles) northeast of Pilibhit, a populated city in the adjacent Indian state of Uttar Pradesh, and it struck at a depth of 10 kilometres.

The earthquake was rated at 5.6 on the EMSC scale, 5.6 on the preliminary US Geological Survey scale, and 6.6 on the scale used by Nepal’s seismological centre.

More than 350 kilometres from the epicentre, in the Indian state of Uttar Pradesh, a local of Gorakhpur city reported feeling the shakes on the EMSC website.

“The building was shaking. I’m on the 9th floor,” they stated.

The Indian city of New Delhi, which is 400 kilometres (250 miles) west of the epicentre, reportedly felt vibrations.

After two large earthquakes struck Nepal in 2015, they left about 9,000 people dead, more than 824,000 homes demolished, and an additional $6 billion in devastation to the country’s economy. 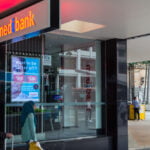 Australian Health Insurance: Information stolen from Medibank has been made public by hackers
Next Article 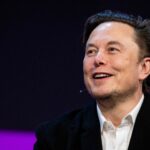