The world’s longest-serving coalition will be vying for reelection four years after suffering a devastating defeat in a very fought race in Malaysia, where voting has officially begun.

The Barisan Nasional (BN), or National Front, the alliance will try to make a remarkable turnaround in the election on November 19, or political changes will try to pull off another shock victory that will allow its leader, Anwar Ibrahim, to fulfill a long-held dream of becoming Prime Minister. Campaigning for the election started on Saturday.

Since Malaysia’s separation from Britain in 1957, BN, led by the United Malays National Organization (UMNO), has dominated the island nation. But in 2018, the alliance was defeated by Anwar’s Pakatan Harapan (PH), or Alliance of Hope, as a result of resentment over government corruption.

The election triumph expressed hope for reform in Malaysia, but those aspirations were dashed when the PH administration fell apart in the early months of 2020 due to defections, bringing UMNO back to power.

Since the 2018 elections, there have been three Prime Ministers of Malaysia.

Numerous contenders, including 97-year-old two-time former Prime Minister Mahathir Mohamad and Anwar, sent in their candidacy paperwork to their local districts on Saturday, kicking off a 14-day campaign phase.

Ismail Sabri Yaakob, the Prime Minister of UMNO, filed to run for re-election in the state of Pahang’s center.

Anwar registered his candidacy at Tambun, in the heart of Pekan state, accompanied by drummers and party members waving flags.

In addition to selecting representatives for three state lawmakers, more than 21 million Malaysians will vote to fill 222 seats in the federal parliament.

According to James Chin, an Asia scholar at Australia’s University of Tasmania, “the old ruling party Barisan Nasional will do very well and it is highly likely that the only other coalition that can challenge BN is Pakatan Harapan.”

A lower voting age, according to analysts, has resulted in millions of additional voters, increasing the level of uncertainty around the election’s results. Additionally, severe weather may have an impact on voter turnout.

Flooding has already occurred in certain places of Malaysia, and the meteorological agency has issued a warning that intense monsoon rains will begin next week and bring flash floods to low-lying areas along rivers and the coast.

At the request of UMNO leaders, who desired an early election despite the flooding concerns, the Prime Minister dissolved parliament on October 10—nine months ahead of plan. UMNO thinks it has the upper hand against a disorganised opposition before an anticipated economic recession next year, buoyed by multiple state triumphs.

The formation of two new political alliances with a Malay base in peninsular Malaysia, according to analysts, may nonetheless divide support among ethnic Malays, who make up two-thirds of Malaysia’s 33 million population.

There will be “fierce competition” amongst the contenders in the race, according to sources, reporting from Kuala Lumpur, Malaysia.

“One reason for this is because 5 million names have been added to the voters’ registration list and that’s quite a big number considering this is a country of just under 33 million people,” sources remarked.

With the voting age being decreased from 21 to 18 years old and the implementation of automatic voter registration, the additional 5 million names are those of new voters.

“Analysts say they could be a potential wildcard… As it stands now, no one quite knows how this bloc are going to vote so there is going to be intense competition for their votes.” 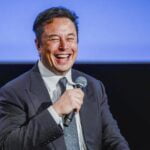 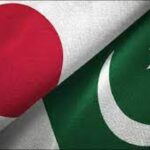