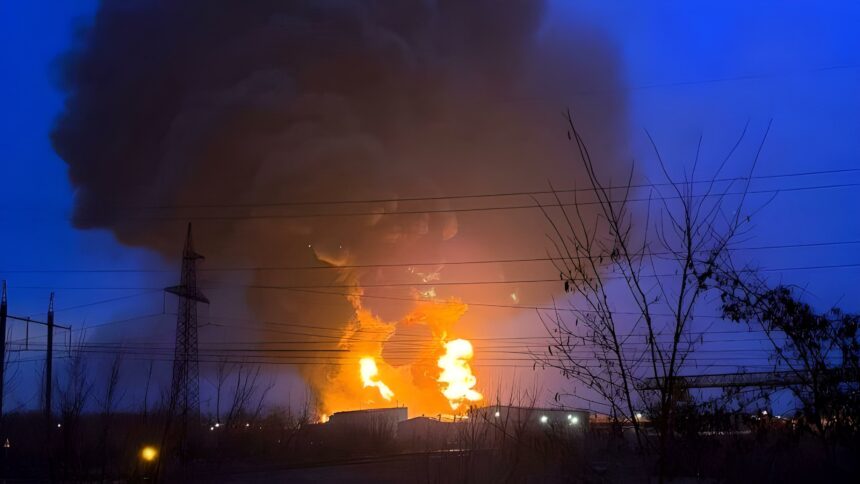 After being virtually completely driven out of the area last month, Moscow issued the warning as Russian forces claimed to have retaken ground from Ukrainian forces in the eastern Kharkiv region. This was Moscow’s first acknowledged takeover of a settlement there.

One day after the capital was attacked by a swarm of suicide drones, Russian air strikes shook energy facilities in Kyiv and metropolitan areas all around the country, triggering blackouts and interrupting the water supply.

“The situation is critical now across the country because our regions are dependent on one another … it’s necessary for the whole country to prepare for electricity, water, and heating outages,”  Kyrylo Tymoshenko, the deputy head of the Ukrainian presidential office, said on Ukrainian television.

Officials reported that hospitals in Kyiv, Kharkiv in the east, Mykolaiv in the south, and the central areas of Dnipro and Zhytomyr were using backup generators when the attacks occurred early on Tuesday.

On Monday, drones also bombed Kyiv, killing five people, according to authorities, in what the president called a desperate attack.

It was the second Monday in a row that Russia launched retaliatory strikes, which according to military analysts seem to be Moscow’s reaction to casualties on the battlefield.

Repeated attacks on energy infrastructure were labeled “another kind of Russian terrorist attack” by Zelensky.

“Since October 10, 30 percent of Ukraine’s power stations have been destroyed, causing massive blackouts across the country,” the Ukrainian official tweeted.

According to him, the strike meant that “no space left for negotiations with [President Vladimir] Putin’s regime.”

Although electricity was restored to the southern city of Mykolaiv after riots overnight, many towns and localities in the Zhytomyr region west of Kyiv and portions of the city of Dnipro have been without energy.

“Now the city is cut off from electricity and water supplies. Hospitals are working on backup power,” according to a statement posted online by Zhytomyr’s mayor, Sergiy Sukhomlyn.

According to the regional governor, eight missiles were fired at Kharkiv, Ukraine’s second-largest city, which is just 40 kilometres from the Russian border.

Zelensky had earlier claimed that Russia was attempting to “terrorise and kill civilians” with the latest round of widespread strikes, which he claimed had damaged a residential building and flower market in Mykolaiv.