According to the Australian Broadcasting Corporation, the US is planning to send six B-52 bombers equipped with nuclear weapons to an air base in northern Australia (ABC).

According to US documents cited by ABC on Monday, Washington had developed intricate plans to construct special facilities for the aircraft at the Tindal Air Base, which is located approximately 300 kilometers (185 miles) south of Darwin in Australia’s Northern Territory.

The US Air Force informed the broadcaster that sending bombers to Australia “sends a powerful message to our adversaries about our ability to project lethal air power,” but the Australian Department of Defence made no comments in response to the allegations.

According to analysts, the action was a signal to China amid worries that it would invade the autonomous island of Taiwan.

Becca Wasser of the Center for New American Security claimed “Having bombers that could range and potentially attack mainland China could be very important in sending a signal to China that any of its actions over Taiwan could also expand further.”

The US has pledged to spend $1 billion to modernise its military assets in the area as a result of the tensions with China, according to a report, making northern Australia an important defence center for the country.

According to the report, Washington has plans for Tindal that include a “squadron operations facility” to be utilised during the dry season in the Northern Territory, an adjacent repair facility, and storage for the six B-52s.

According to the aircraft manufacturer, Boeing, the B-52 is the most combat-ready bomber in the US arsenal.

The long-range heavy bomber, which can use nuclear and conventional missiles, has been the foundation of the US Air Force.

According to the US Air Force, Australia’s ability to house the bombers and hold joint training drills shows “how integrated our two air forces are,” according to an ABC report.

The rumored action is expected to escalate hostilities with China.

Beijing swiftly denounced a prior defence agreement reached in 2021 by Australia, the US, and the UK, which planned to provide Canberra with the means to produce nuclear-powered submarines for the first time.

The historic AUKUS treaty, according to a representative for China’s Foreign Ministry, ran the potential of “severely damaging regional peace” and “intensifying the arms race.”

TAGGED: US Air Force, US prepares to send B-52 to australia, US to send nuclear-capable bombers, US to threaten its tivals 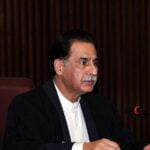