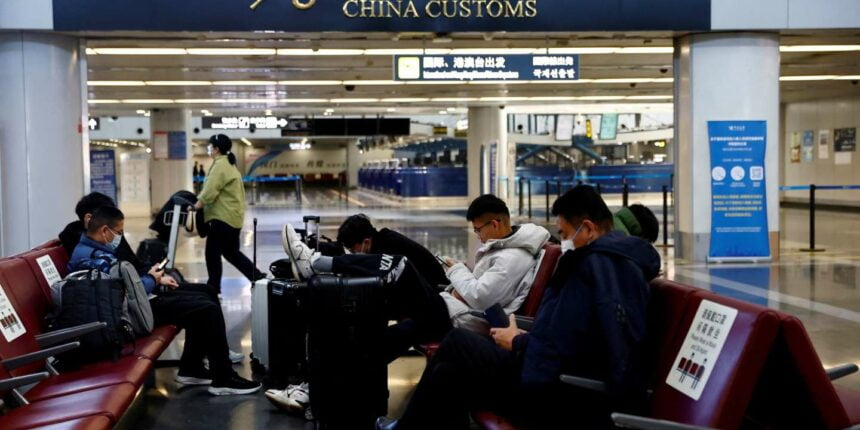 A lack of transparency on the greatest COVID-19 epidemic in the nation has officials in the United States considering imposing entrance restrictions on visitors from China.

In response to the People’s Republic of China’s continuous COVID-19 outbreaks and the absence of transparent data, such as viral genome sequence data, being reported from the PRC, US authorities remarked on Tuesday, local time, “There are mounting concerns in the international community.”

“Without this data, it is becoming increasingly difficult for public health officials to ensure that they will be able to identify any potential new variants and take prompt measures to reduce the spread,” the officials remarked.

Following the relaxation of China’s extremely rigorous “zero-COVID” policy, the number of infections has increased nationwide, prompting US officials to express concern about the possibility of the release of new varieties.

After Beijing announced on Monday that the COVID quarantine requirement would no longer be in place starting on January 8, many people in China hastened to book their international travel.

The officials cited recent Japanese regulations requiring a negative Covid test for tourists arriving from the Chinese mainland beginning on December 30. China is already dealing with a sharp increase in infections nationally due to a sudden reopening.

According to the announcement from Japan’s health ministry, visitors from China who lack a current immunisation certificate will also be forced to do a pre-departure test. The notice states that travellers from Hong Kong and Macao will not be subject to the measures.

Beijing officials have eliminated the frequently criticised case tally system, narrowed the standards by which COVID fatalities are registered, and conceded that it is “difficult” to track the outbreak.

The COVID virus is spreading virtually unchecked across the 1.4 billion-person nation of China, even though authorities have only officially documented a small number of COVID deaths in recent weeks. As a result, hospitals and funeral homes in China are at capacity.

The foreign ministry of Beijing stated on Tuesday that nations should enforce “appropriate and scientific” disease restrictions that “should not interfere with regular personnel exchanges.”

Xi Jinping, the president of China, began his second decade in office with a promise to bring the country back to its former glory, so 2022 was meant to be a triumphant year for the country and its leader.

Instead, as a result of Xi’s expensive zero-Covid policy, which included months of obsessive enforcement that destroyed the economy and fanned historic public unrest as well as an abrupt abandonment of the programme in its entirety, China faced its most challenging year under his rule. The vulnerable health system was left scrambling to deal with an increase in the number of cases.

The disorder and confusion starkly contrast with Beijing’s early-year demonstration of the effectiveness of its Covid containment efforts by successfully containing the coronavirus from the Winter Olympics.

Over a year, Xi’s signature pandemic strategy has transformed from a source of legitimacy for the ruling Communist Party into a catastrophe that threatens to destabilise it.

Many have questioned why, after making such great sacrifices under zero-Covid and waiting so long to reopen, the government ultimately allowed the virus to ravage a populace with little advance notice or preparation as an unprecedented wave of illnesses – and fatalities – sweeps the nation.

Games proved to be a resounding success

The Olympics were a huge success for China’s zero-Covid strategy. The ubiquitous face masks, constant disinfection spraying, and stringent daily testing paid off in the tightly contained, immaculately maintained Olympic bubble. The Winter Olympics were primarily free of Covid even while the Omicron variety raged over the world because any infected tourists arriving in the country were quickly recognised and their cases were confined.

The achievement strengthened the party’s argument that its political system is better equipped to handle the pandemic than those of Western democracies, a point Xi had regularly emphasised as he campaigned for a third term in office.

However, Omicron quickly managed to slip through zero COVID. By the middle of March, China was dealing with its worst Covid outbreak since the pandemic’s first wave, with thousands of new cases being reported every day from Guangdong in the south to Jilin province in the north.

The demand is reminiscent of the actions taken over the summer, which resulted in a two-month lockdown of the entire 25 million-person city, wrecked the local economy, caused food shortages, and led to unusual confrontations between citizens and the police.

Authorities first predicted the lockdown would only last a few days, but they kept pushing back the end date.

Since a significant Communist Party meeting that ended this week by giving authoritarian leader Xi Jinping a third five-year term in office and packing top bodies with his supporters, China has shown no signs of reversing its strict “zero-COVID” policy.

The economy was severely damaged by the lockdown as well. The three months ending in June saw a 2.6% decline in China’s GDP, but a record high of almost 20% in youth employment.

However, the expensive shutdown failed to persuade China to change its zero-tolerance policy. Instead, it was celebrated by officials as a win in the conflict with Covid. Other municipal governments learned from this experience that they had to stop illnesses as soon as possible before epidemics got out of hand. 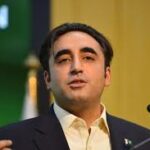 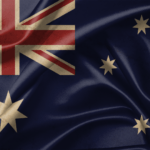