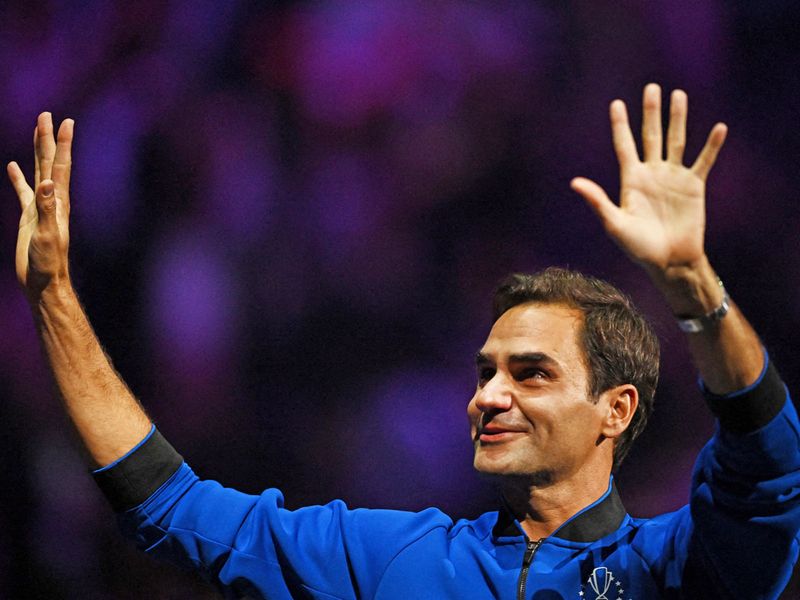 Roger Federer waves at fans at the end of his last match, after announcing his retirement, in Laver Cup at the O2 Arena in London, on September 23, 2022. Image Credits: Reuters

The perfect farewell rarely occurs. Everything is overridden by emotions. That is what makes it beautiful. We know it has been a proper farewell when tears start to flow, leaving the rest of us with lumps in our throats and straining to hold back our tears.

Friday was the farewell for Roger Federer (September 23). An appropriate send-off for the greatest tennis player of all time. The master of Swiss tennis sobbed. Rafael Nadal and the other attendees at the London O2 Arena confirmed. Federer discovered that saying goodbye is never simple. It had to have been more difficult than any difficulties he had encountered in his 20-year career.

It would have been considerably harder if so many legendary tennis players had been there. Nadal, a close friend and Federer’s fiercest adversary was standing right next to him. For the Laver Cup doubles match, the two had teamed up. Team Europe members Novak Djokovic and Andy Murray offered advice from the sidelines. They have 66 Grand Slam titles among the four of them.

And there is more. Bjorn Borg, the captain of Team Europe, won 11 grand slam titles, including five straight at Wimbledon. John McEnroe, his fiercest competitor and the leader of Team World had amassed 7. 88 titles obtained by adding the four titles of broadcaster Jim Courier. A tremendous send-off. Not a fairytale ending. Such endings can be scripted. The doubles match ended in Federer’s defeat. Who cares, though? The outcome was irrelevant because it was a minor statistic. More important than the competition and the game was the occasion.

Federer saying his final goodbyes after a career spanning more than two decades. A career in which he was king until Nadal challenged his throne. Djokovic’s emergence transformed the battle for tennis supremacy into a three-way contest. The three redefined tennis, winning 63 major titles.

Federer had already established himself as the crowd’s favorite before Nadal and Djokovic arrived. The Swiss charmed audiences across the world with his charming grin, refined manners, and alluring variety of strokes. Nobody has ever played tennis with such a large fan base, not even Borg in his prime. To the dismay of his competitors Nadal, Djokovic, and Murray, the audience supported him even though he was losing.

In Federer, there was magic. He wasn’t quick, but he moved around the court with the grace and ease of a ballet dancer, performing graceful and smooth strokes. In the days before double-fisted backhands, the Swiss relied on the basic single-handed backhand. Gasps from the audience would frequently be heard when his topspin backhand down the line flew past the flailing racquets of his opponents and sank inside the baseline. His backcourt drops, forecourt drop volleys, laser forehands, and precision serves were all delights for the expert.

Federer is an exceptional player. Another was Rod Laver. But no one else even came close to Federer. The words “genius” doesn’t come to mind when we think of Nadal and Djokovic, even if they have won more grand slams. Only Federer has that description.

At the Laver Cup on Friday, Rafa Nadal watched in tears as his great rival, Roger Federer, said an emotional farewell to tennis. Later, the Spaniard claimed that a significant portion of him was also leaving the men’s tour with the Swiss. Pictures and videos of Federer and Nadal crying together after partnering for Team Europe in doubles defeat at London’s O2 Arena went viral on social media, leaving their legions of fans in tears. Two greats in tears sharing a bench as one signs off on his career. The pair hugged, and the O2 Arena erupted in applause. What a moment! Federer couldn’t have asked for more. 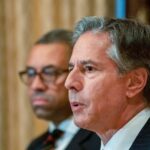