The pound did, however, somewhat recover after a story claimed that the BoE had quietly informed borrowers that it was willing to extend its bond buying.

The difference in long-term bond yields between the United States and Japan has a strong impact on the value of the Japanese yen. The benchmark 10-year Treasury yield increased overnight to a 14-year high of 4.006%, while the Bank of Japan has effectively frozen the corresponding return on Japanese government bonds at zero.

Australian dollars, a risky currency, dropped to a 2.5-year low.

On September 22, when the yen dropped as low as 145.90 to the dollar, Japanese authorities carried out their first yen-buying intervention since 1998.

According to Alvin Tan, head of Asia currency strategy at RBC Capital Markets, “with the overarching strong dollar trend in place, it’s possible that the Bank of Japan will indeed try to minimize the pace of the dollar-increase yen’s by maintaining at a greater level” than previously.”

Tan continued, “However, the Bank of Japan is also aware of the soaring uncertainty at the global macro level, which is now a bigger driver for potential further intervention than the volatility in any independent currencies.” Tan predicts that Japan’s currency will depreciate to 150 per dollar by the turn of the year.

The BOJ stands alone among central banks of industrialized countries by pledging to continue its enormous bond-buying stimulus even as international policymakers have started to tighten up to reduce inflation. 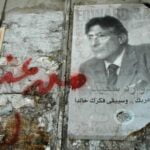 Colonialism is just another form of literary Imperialism!
Next Article 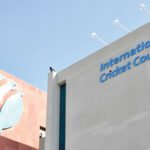