The Pakistani Auditor General (AGP) has revealed that Pakistan Railways’ land worth billions of rupees has been encroached upon in each of the department’s eight divisions.

According to the report, the land mafia trespassed on railway property with the help of the Land Department and the railway police. The study made clear that the Railways Land Department had very little personnel.

“During audit of Property & Land Department, Headquarters office, Lahore in March 2020, it was observed that despite avowed anti-encroachment campaigns, additional 9,982.72 kanals of Railway land went under encroachment,” the report claimed.

In the report, intruded land was cited in the Barlab Canal in Lahore, the Landhi Bachat Bazaar in Karachi, the Women University in the Quetta Division, the Railway Cooperative Society in Hyderabad, and the railway land in the Peshawar Division, among other places.

“Unfortunately, audit observed that the revenue records kept with headquarters differed significantly from the ones maintained at divisional levels,” the report further highlighted.

“Both of the earlier mentioned records differed with the ones maintained at section level,” it said. “A comprehensive re-survey of PR properties can serve as a foundation stone for reformation of land management in PR.”

According to the report, the railways, a very old organization, primarily owns properties in the center of historic business districts. DC rates, it said, were detrimental to PR because they served as the basis for valuation and assessment.

The audit uncovered instances of leasing at prices below those charged by the DC. “The Department should have a market survey of its own to re-assess the rates and then a robust application mechanism for implementation of those rates.” 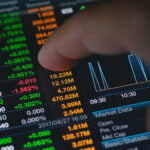 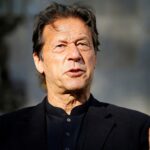