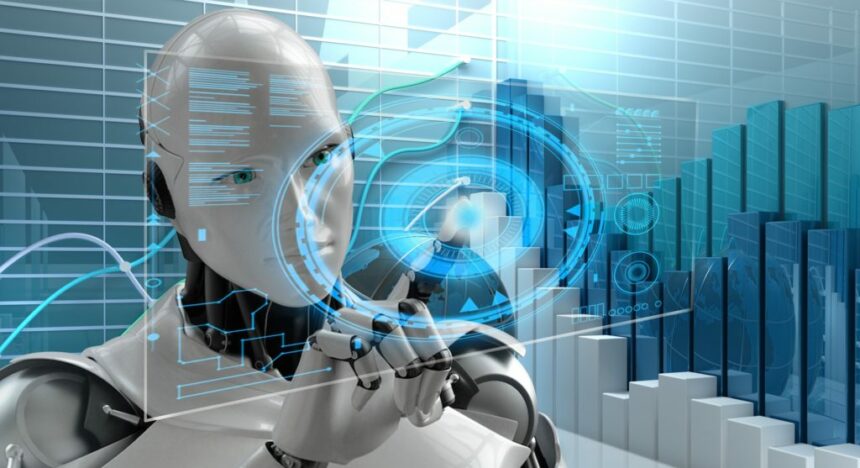 AI might aid with the discovery of new phenomena that human scientists would not have thought of. Credit: Toppr

The era of science ought to be at its peak right now.

Theory and experiment have been the two pillars of the scientific process for centuries. Our current era of artificial intelligence adds a vital third pillar to this structure.

Leading scientific researchers claim that recent discoveries “would have been impossible” without the use of advanced computation, including the detection of the Higgs boson, the development of new drugs like halicin, which can kill bacteria strains resistant to all known antibiotics, and the observation of gravitational waves.

But despite these advances, rather than the invention of entirely new areas of knowledge, scientific innovation today is too frequently defined by new applications for current technologies or the refinement of earlier developments.

Artificial intelligence (AI) is ubiquitous in our daily lives, from Alexa purchasing our groceries with a single command to Netflix prophesying our entertainment needs through algorithmic cleverness.

But we need a lot more of it in our laboratories—moving science forward for public benefit and helping us in solving our time’s most difficult problems, such as climate change and poverty, as well as healthcare and sustainable energy.

This is only possible by accelerating the subsequent scientific global revolution—by supporting a thorough incorporation of AI techniques into scientific and technical research.

Because even though AI innovation has been significant, it has not been widely used, rapidly adopted, or interdisciplinary in scientific and engineering research.

Why, despite tremendous progress in AI, is it not yet helping us in making the kinds of breakthroughs that will expand the frontiers of our knowledge and speed up the process of scientific discovery?

There are mainly two causes.

First, although universities are already investing a lot of money in AI projects, these funds are frequently given to projects that focus on the intersections between the natural sciences, computer science, and engineering rather than on particular disciplines, like AI for computer science.

The usage of AI tools in the ecosystem of scientific and engineering research is still in the early adopter stage rather than being a common part of researchers’ toolkits at this moment.

Without the required training, it is unrealistic to expect scientists to embrace AI’s potential. A researcher who wants to employ AI will need to have not just a thorough understanding of a given issue—such as antibiotic resistance—but also an understanding of the types of data and representations of that data that will be useful for training an AI model to solve the problem.

Second, there aren’t any incentives for young scientists to undertake genuinely audacious research. Postdoctoral fellows often do not have complete freedom to try new techniques since a large portion of postdoctoral funding is linked to specific research projects and expected results within disciplinary boundaries.

So, what can be done to change the status quo?

We think that any effective reaction should be guided by scientific AI training, equal access to AI technologies, and responsible, ethical implementation.

First, young scientists employing AI require thorough, multidisciplinary training. Unrealistic expectations for AI tools, mistakes made when using them, and the poor quality of the data utilised in their creation are primarily to blame for AI’s failures.

To avoid such missteps, scientists from different disciplines and educational levels will need to be fluent in AI.

A scientist’s postdoctoral research experience is a particularly advantageous time in their career to receive this training. This may seem illogical because after receiving a PhD, traditional academic expectations demand that researchers publish their papers as soon as possible before moving on to the next job.

But rather than adopting the hyperspecialization orthodoxy, it is the ideal time to extend research horizons. Postdocs should be given the time and support to try something new rather than being pushed to prove themselves quickly.

Second, we have to ensure that everyone has access to AI technologies. Inequitable access to necessary data and computational power, claims a recent National Artificial Intelligence Research Resource report, limits equitable participation in cutting-edge AI research.

Leaving out scientists from historically underrepresented and underserved backgrounds “limits the range of ideas incorporated into AI innovations and adds to biases and other systemic inequalities,” according to the study.

Instead of fostering and advancing biases, we have the chance to predict them and eliminate them. We hope that by expanding access to AI tools to a new generation of postdoctoral candidates throughout the world over the next few years, we can lay the groundwork for equitable AI.

Third, the appropriate use of AI should improve rather than replace human intellect or repeat its mistakes. Though the potential of AI in research is just now starting to be realized, it is important to keep in mind that neither humans nor AI alone could have made significant breakthroughs like the one that led to the discovery of halicin.

There is absolute evidence that AI can expand human analytic capabilities and conduct complex experiments in ways that traditional means cannot.

For instance, fusion energy research using highly energetic plasma can be enhanced by using an AI algorithm to contain and control the plasma. This research was reported in Nature. AI is also able to make cutting-edge mathematical theorem discoveries.

The new domains of inquiry that AI will open up for research will add new dimensions to the history of the scientific method, but the true excitement in applying AI to science resides in these unknown fields of study.

The use of the microscope opened up a whole new universe of microbes for the study that the early biologists had never even thought about.

Early astronomers were able to see via the telescope just how big the universe is outside of our solar system. AI might aid with the discovery of new phenomena that human scientists would not have thought of.

It’s not just about AI that we need to change the way we approach science. It has to do with people and the wisdom we impart to technology.

We do not doubt that with the right support, today’s early-career scientists are ready to spark a wave of discoveries, including more potent drugs, sustainable plastic substitutes, sustainable energy generation and storage, and deeper understandings of our universe and our biology.

TAGGED: AI might aid in discoveries, AI not being used to its full human potential, Artificial Intelligence, Artificial intelligence (AI) is ubiquitous, Use of AI on daily basis

PTI Chairman injured after an assassination attempt
Next Article 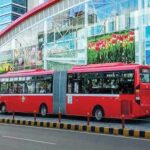