According to the ISPR, after a fierce exchange of fire, Sepoy Muhammad Israr, 26, of Attock, and Naik Sajid Hussain, 33, of Khushab, who had both fought valiantly, chose martyrdom.

According to the ISPR, “the area is being sanitised to eliminate any terrorists found in the area.”

According to the ISPR, on October 23, terrorists from inside Afghanistan opened fire on a military post in the Hassan Khel area of Khyber-North Pakhtunkhwa’s Waziristan District, and a Pakistani Army soldier chose martyrdom.

The soldier who was martyred was identified by the military’s media wing as Assistant Lance Daffadar Waqar Ali, 32, of Chota Lahore.

It was also mentioned that the Pakistani Army troops had responded strongly.

The ISPR added that Pakistan had asked Afghanistan to guarantee efficient border management. Pakistan strongly condemns terrorists’ use of Afghan land as a base for operations against [its neighbouring country], it added.

The media wing of the military continued by saying that the Pakistan Army was dedicated to eliminating the threat of terrorism and that such sacrifices made by its brave soldiers had only strengthened this resolve. 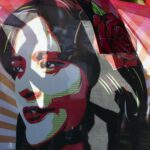 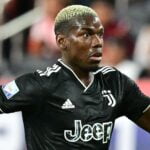