According to information, the World Bank official in Pakistan denied the veracity of the rumours and stated that they were untrue.

The World Bank decides on the timing for releasing project proposals for board consideration after implementing due process and depending on the proposed projects, he added and did so after taking into account the tentative board clearance dates and amounts of all of our proposed activities.

Before this, the Board of Executive Directors of The World Bank approved $195 million in financing to help Pakistan improve its energy distribution and raise consumer service standards.

Before this, media sources stated that the Washington-based lender had postponed approval of two loans totalling $1.1 billion for Pakistan until the following fiscal year.

Behassine clarified that all dates for loan approval were already set, nevertheless.

“The tentative board approval dates of all of our proposed operations, as well as their amounts, are indicative, and the World Bank decides on the timing for sharing project proposals for board consideration following due process and based on the proposed projects’ readiness,” the World Bank representative included.

It stated that inquiries for comment from the World Bank and the finance ministry were not promptly answered.

The rupee has fallen precipitously, inflation is at decades-high levels, and Pakistan’s economy has collapsed amid a smouldering political crisis. Severe flooding and a severe energy shortage have added to the country’s already mounting problems.

Pakistan is particularly sensitive to economic shocks due to its massive national debt, which now amounts to $274 billion, or roughly 90% of its gross domestic product.

According to the economic affairs division, Pakistan and the WB signed a financing deal in Islamabad. 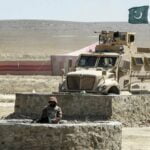 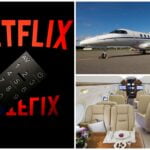