The show-cause notice given to PTI leader Imran Khan for his contentious comments against Additional District and Sessions Judge (ADSJ) Zeba Chaudhry at a public rally on August 20 was dismissed by the Islamabad High Court (IHC) on Monday.

A third reply had been delivered to the court, Imran’s attorney informed the court during the hearings.

“Your affidavit has been read by us. Are there any more points you would like to make? Justice Minallah enquired about Imran. He continued by saying that, on the surface, this was a matter of court contempt, but it was being dismissed because of Imran’s behavior.

Justice Minallah continued, “We take a lot of caution in contempt of court matters. He declared that the IHC was “dismissing” the notice served on Imran, thereby putting a stop to the PTI leader’s contempt charges.

The broader bench has unanimously decided on this, he said.

“Are you claiming that you agree with the rulings in these cases?

Justice Minallah asked the attorney general to present a written copy of his reservations in court and then instructed him to do so.

Shireen Mazari, the head of the PTI, praised the court’s ruling and asserted that despite any plots by the government, Imran will have the support of the entire country.

What fabricated case will a desperate Imported government supported by its puppet masters attempt to file against IK & PTI? Do your damnedest; no amount of planning will help you, she continued.

The “entire globe,” according to PML-N vice president Maryam Nawaz, was aware that contempt of court had occurred. “It is reasonable to state that Imran has been pardoned rather than that the case has been dismissed.”

Fawad Chaudhry, the leader of the PTI, replied to Maryam by claiming that the case against the former Prime Minister was built on a misunderstanding.

He continued by saying that the cases against Maryam, which involved billions of rupees in corruption, were the main issue.

Key Eastern Town, according to Ukraine, has been “cleared” of Russian Troops
Next Article 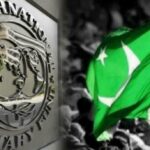