According to the official body for statistics in Turkey, inflation increased to a new 24-year high of more than 83% in September.

The annual rate of increase in consumer prices was 83.45%, while the monthly rate was 3.08%. The domestic producer price index increased by 4.78% from the previous month and by 151.5% year on year.

In particular, since Turkish President Recep Tayyip Erdogan insists on continuing to cut interest rates rather than increasing them — deviating from the traditional method of controlling inflation — the country’s 84 million people have experienced a sharp increase in inflation over the past two years.

“Fighting interest is my hardest challenge. My biggest enemy’s interests We reduced the interest rate to 12%. Is that sufficient? It’s insufficient. “This needs to be reduced much lower,” Erdogan stated at a late-September event.

Turkey’s central bank, which the markets believed to be controlled by Erdogan, lowered interest rates by 200 basis points to 12% in only the previous two months. The Turkish lira has lost around 28% of its value versus the US dollar this year and is presently trading at a record low of 18.56 to the dollar.

Officials in Turkey claim that their policies would reduce inflation in the upcoming months, but many experts are of the opposite opinion and predict that consumer prices will increase and the lira will continue to depreciate far into the following year.

After Turkey’s most recent rate reduction on September 22, Liam Peach, a senior emerging markets economist at Capital Economics, stated in a note that “with external funding constraints tightening, the risks remain firmly skewed to abrupt and disorderly losses in the currency.” 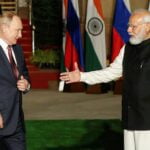